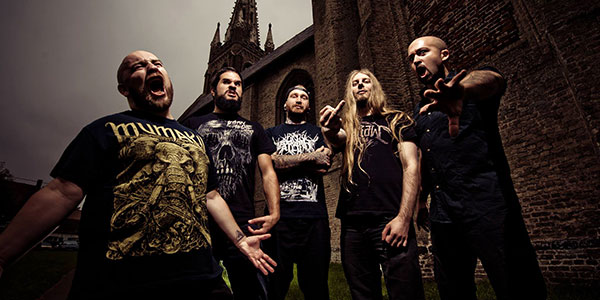 In case you haven't heard, French death metal/grind band Benighted will release their first-ever live album next month. The CD/DVD set, titled 'Benighted - Brutalive the Sick', was recorded this past summer at Sylak Open Air and will hit North American streets on February 24 via Season Of Mist.

Benighted had the following to say about the release: "We are happy to announce that for the celebration of our 15th anniversary our first live album 'Brutalive the Sick' will be out soon. The show was recorded at Sylak Open Air 2014 in France. These 13 tracks represent our unleashed fury on stage whipped up by an amazing crowd. We hope this makes for a suitably brutal and insane gift for all of you!"

Today we are premiering a track from the outing below. Check out "Experience Your Flesh" live, then pre-order the album through Season Of Mist. If you live in Canada, you can personally experience Benighted live, as they'll be touring the country in late February through March.