These Are They 'At The Feast Of Seven Funerals' album stream

Chicago death metal outfit These Are They stream their entire new album. 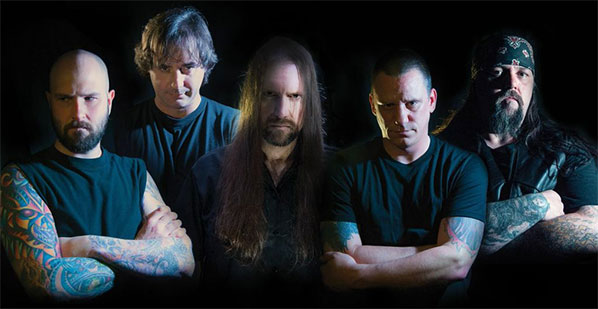 Chicago, Illinois death metal band These Are They recently returned from a hiatus and are set to release their third album. The new outing is titled At the Feast of Seven Funerals and will hit streets on November 17 through The End Records/Unruly Sounds.

If you're not familiar with These Are They, its core is comprised of metal veterans Paul Kuhr (Novembers Doom), guitarist Steve Nicholson (ex-Novembers Doom) and guitarist Justin Jurgevich (ex-Hurtlocker), and according to Kuhr, the new album is "pure old school Chicago death metal."

Today we've been given the opportunity to stream At The Feast Of Seven Funerals in its entirety for you below. If you like what you hear, order the album via iTunes and check out These Are They on Facebook.


Tags: These Are They

what a stupid f*cking name

I like how the dude on the left is like, "Harumph...I don't *want* to look at the camera, even though the camera guy asked me to."