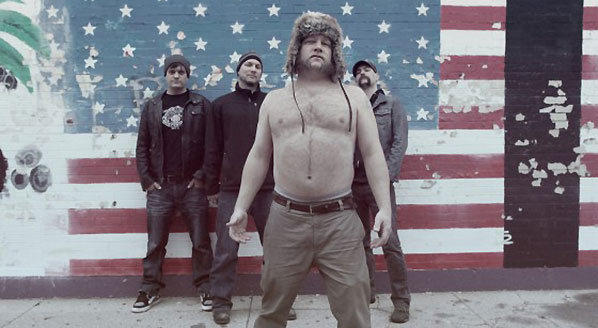 Did you know that Chicago, IL metal band American Heritage will release their sixth and possibly final album in a few weeks? Titled Prolapse, the effort will be available on November 24 through French label Solar Flare Records.

If you've not previously heard American Heritage, Mastodon and Keelhaul are reasonable reference points. That should appeal to you, and if it does, stick around, because today we're premiering a new track from the album titled "Mask of Lies." Stream the song below and consider pre-ordering the album here.

Lol @ that fat f*ck. Also that was ridiculously boring