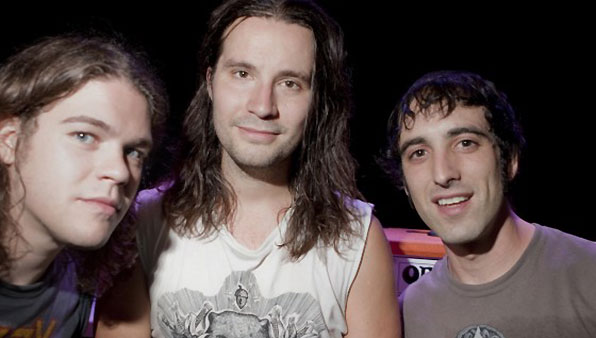 Have you heard of Mutoid Man? Hopefully you have. If not, chances are you'll at least be familiar with the nucleus of their lineup - namely, Stephen Brodsky of Cave In and Ben Koller of Converge.

The pair begin working on material together in 2012 and have since joined the Magic Bullet Records roster and completed their debut full-length, titled Helium Head. The outing saw its digital release last week, with its physical incarnation due out on Friday, November 29. Our friends at ThePRP.com called the effort "a high energy stampede of squealing proggy riffs, gutsy low end and a veritable cinderblock tornado of percussion."

Personally, we think you're going to want to buy it. But don't take our word for it; listen below to our exclusive album stream and come to the same conclusion on your own.

The one in the middle is a young Ozzy!

i see what you did there...

The album art looks like it was done by the same dude who did the art for Torche. Pretty sick.

Yeah, if exclusive means here AND Spotify, then yes this is an exclusive stream. Spoiler Alert: It doesn't mean that.