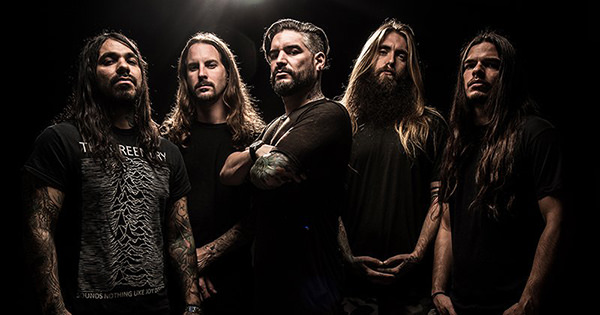 With earnings from album sales continuing to decrease, particularly if one's sales have dropped precipitously, bands continue to experiment with news ways to make money. Such is the place we find Suicide Silence, who are now offering fans the opportunity to "roadie" for them for the cost of $150 per show. Purchasers are entitled to:

There are 7 spots available per show, meaning that if these sell out, the band will earn a cool $21,000. Do what you gotta do, I guess.


Get the experience of a lifetime and be a roadie for a day when we roll through your city! Sign up to work alongside our crew, stand side stage during our set, hang out with us during soundcheck and more: https://t.co/ojM2qI8nm0 pic.twitter.com/kM0Y0HgfyU

I'd rather pay $150 to carry sheetrock on my back.

Calling all preteens.. Shouldnt they be paying the worker not vice versa?????? #brokeboys Lame twats need to go back to burger flippin. News flash your gay singers dead and your name is emo as f*kk bitches

This is cute. Wonder how many of them will get beatd.

I wonder if anyone bought these ...

Who the fck would wear that shirt? Let alone pay $150 for this bullshit?

Lol Get the fck outta here

I'd pay them $150 to stop playing music, indefinitely.

This a bad idea. Honestly my firat thought was " okay 150 bucks and I can steal your shit and disappear.

Because you're a horrible person. Congrats.

Guarantee at least 3/5 members of American Me will gladly pay for this experience.

What about child labor laws tho?

^yo idiot gayg, thats because theyre homo tour will shut down after 7 shows based on sales and lack of roadies, but nice try defending your boyfriends you stupid f*kk. Who the f*kk takes timr to make a gay name on this horrible preteen wanna be metal site is a douche and a half. Lol guy can add now give me the correct change next time you take my order fry boy.

Yo this is ridiculous, but good for them if they can get away with it. N1ggas gotta get paid fam

What if I get injured while working as roadie, are they liable? Maybe eddie can tee hee my butthole

The other shirt says "You're half my age, little girl"

you have to pay them to child beat you?

I can't imagine their management signed off on this. It opens up the band to all sorts of legal exposure should the "roadie" get injured. The venues will most certainly view these people as employees of the band, not the venue. Bad idea in so many ways.

i am 32 and i snagged one of these bundles

Brb, dropping one of those Krank amps on my foot and claiming workmans comp. And they said hardcore wouldnt pay the bills.

Years ago, like 2006, I met these guys at the Hanes Mall in Winston Salem NC. Tried to talk metal but the only real metal band they knew of w2as cryptopsy, which everyone knew then. Surprised they haven't accepted their role as telemarketers,

please ask the price of shirts i am buy this

Oh how the mighty have fallen lol. In other news, Jon Huber's new slam project is sick af. https://youtu.be/qf9SXdLQg x0

How much does it REALLY cost to book your favorite band for a show?
Motorhead frontman Lemmy worth less than $650,000 at the time of his death
Slipknot singer's comments on Joey Jordison firing suggest drugs to blame
true stories? Or urban legends?
Fred Durst: Do not fucking touch me!