Motorhead frontman Lemmy worth less than $650,000 at the time of his death 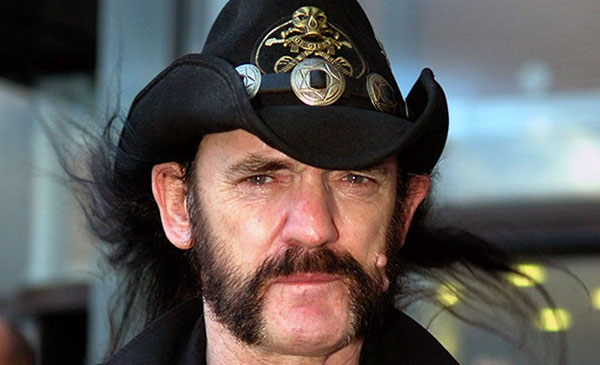 As you well know, rock legend Lemmy Kilmister passed away in December 2015 at age 70. At the time, the estate of the Motorhead frontman was estimated to be worth north of $8 million. However, records newly released by a London probate office suggest that Lemmy was only worth around $646,000 at the time of his death. That's a princely sum to me, but seems way low for one Lemmy Kilmister.

According to the Mirror, many are wondering what happened to the rocker's fortune, the remains of which will seemingly go to his son, music producer Paul Inder. Lemmy spent his last years living alone in an apartment in West Hollywood, California.

Funny that this news should come out now, because literally three days ago I heard Ozzy's 1991 hit song "Mama, I'm Coming Home" on the radio and looked it up on Google to see who actually wrote it; to my ears, it didn't seem like something Ozzy had written. Interestingly, it was co-written by Ozzy, Zakk Wylde, and Lemmy. My immediate reaction was that Wylde probably made most of whatever money he has from that one writing credit. As it turns out, so did Lemmy. Years ago he said this:


"Just after I moved to the States, Sharon [Osbourne] rang up and said, 'Can you write four songs for me,' and made me an offer I couldn't refuse. One of them was 'Mama I'm Coming Home'. I made more money out of those four songs than I did in 15 years with Motorhead."

Funny how that works. As legendary as Motorhead is, they never had a platinum record, and the success of "Mama, I'm Coming Home," dwarfed that of Motorhead's biggest hit, "Ace of Spades."

Frankly, I wouldn't be surprised if Bring Me The Horizon frontman Oli Sykes has more money than Lemmy had. Lol.

Regardless, I suppose that Lemmy's beneficiaries will be alright, as royalties from Motorhead's extensive catalog will bring in steady rent checks for years to come.

A prime opportunity to finally not mention Oli Sykes in a news post. But alas, Webby could not resist.

Of course Oli Sykes has more money... he has a clothing label that employs his whole family.

Lemmy was probably pulling in 50-60k a year by touring in his later years which ain't bad especially with having another 600+k in the bank. Better than a lot of 69 year olds.

It's obvious that a majority of his money went to his Crystal habit. Duh!Even in bulk, that shit ain't cheap.

His face looks like one of my dog's chew toys. His money was hidden in the bumps

petty non metal talk. mofo would laugh this bitch gossip. get up and make a song instead of being computer spectators. dude would laugh at y'all

This site is fcking worthless. Maybe you could start posting suicide deaths with all the other shit you post here.

Mentioning a shit alt metalcore band in a post about Motorhead. lolololol

His lack of net worth was actually due to his astronomical addiction to hot beef injections from exotic midget lady boys. Sad, really.

He likes to get blasted ain't chwap

I enjoyed over read your blog post. Your blog have nice information, I got good ideas from this amazing blog. I am always searching like this type blog post. I hope I will see again. super mario world @ http://supermarioworld2.co m madalin stunt cars 2 @ http://madalinstuntcars2.c om slope @ http://sloperun3.com

Lemmy was one of the first metal gods and MOTORHEAD should've been bigger in US like in UK and all over world just as the Ramones! Both now are bigger than ever and most of them are gone RIP! and little fake rockers where their T shirts have no idea who they are! Lemmy gave me one of his shirts years ago! Thanks! I think he made a good living off touring and T shirts etc..and royalties on albums he wrote most of songs! I would think he put his money somewhere the govt couldn't get their hands on it! He hated Govt! like most of US! thieves! Lemmy lived quietly in apt when not on road and he seemed happy with that in LA which good for him! He lived his life like he wanted without having a dead end low paying job and created one of the most iconic bands in rock history! RiP!

A friend of mine went into a pub and there was Lemmy. Lemmy bought him a pint. Apparently a nice guy all around.