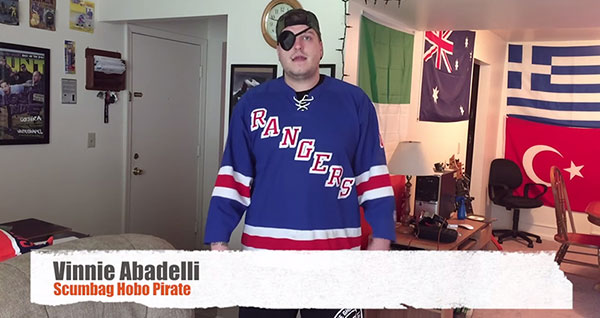 Andrew Tkaczyk, drummer of California band The Ghost Inside, has started his own comedy channel on YouTube, dubbed Home Cooked Comedy. Tkaczyk had this to say about the endeavor:


"I've been wanting to do this for a while, and having the last few months off from touring has made me pursue it. For fun I've made a sketch comedy YouTube channel called Home Cooked Comedy. I decided to just upload every skit I've made so far. Going to hopefully be uploading new skits every week!"

You can watch watch one of his videos below. Check out the rest here if you're interested.

Started watching the roast video and it was so unfunny that I had to shut it off. I'm sure his friends will enjoy it, though.

I wipe my ass with his yt channel and his childish comedy attempt. How about that?

Wow that was the most unfunny thing ever. Stick to your day job dude.

Fred Durst: Do not fucking touch me!
A Day To Remember frontman dishes on Victory Records and Tony Brummel
How much does it REALLY cost to book your favorite band for a show?
Motorhead frontman Lemmy worth less than $650,000 at the time of his death
Slipknot singer's comments on Joey Jordison firing suggest drugs to blame