Yesterday, Apple Music welcomed Atreyu back to the music world by Tweeting a photo of Blessthefall. Whoops. 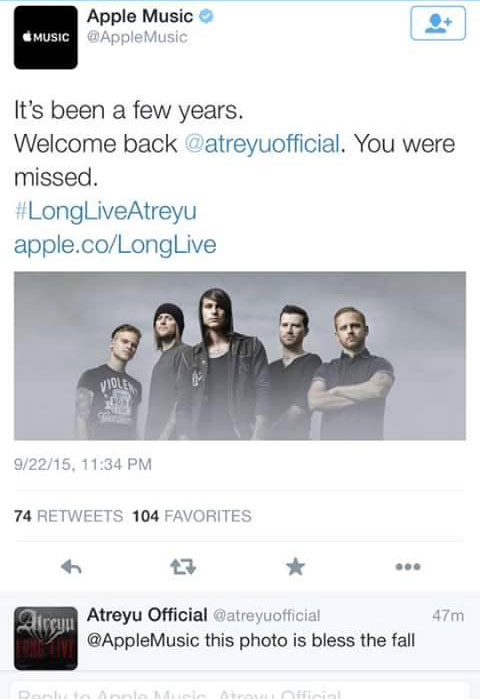 We're not sure how many of the service's 7.7 million followers noticed, but Atreyu did. The band informed Apple of its mistake, and the Tweet was subsequently removed and replaced with a proper photo. A few readers wouldn't let Apple forget its error though, including these two clever souls:


Good stuff @AppleMusic you got the scene figured out! Next up we've got @BrunoMars pic.twitter.com/Pgn0oh6guj

In all fairness, I can barely tell either.

Tony Brummel quickly copywrited every known picture of the band so Apple had to improvise.

but it's so hard to see when your eyes are rollin in the back of your head?

both are shit bands but at least atreyu has the nostalgia/novelty aspect. blessthefall is just shit.