if you dislike clean singing by Lamb Of God's Randy Blythe, don't read this 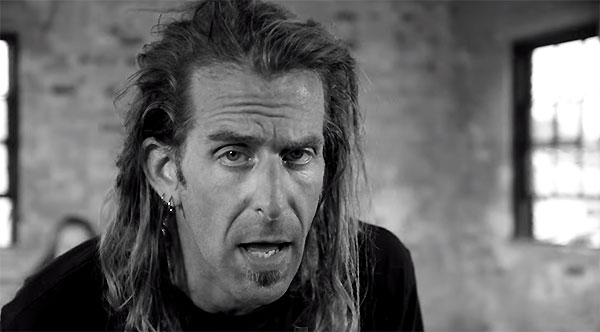 Earlier this week, Lamb Of God unveiled another new song from their forthcoming album, VII: Sturm Und Drang. Notably, the track featured a boatload of clean singing from vocalist Randy Blythe, not exactly something he's known for or done in the past. Reaction was predictably mixed; while many applauded Blythe and company for exploring new musical territory, others lamented the emergence of what they perceive to be a mellower Lamb of God.

Those who count themselves among the latter will not be particularly thrilled with a new interview conducted by former God Forbid guitarist (and Lamb of God fill-in) turned writer, Doc Coyle, for VH1.com in which Blythe makes it clear that he doesn't really feel like screaming anymore. Here's the relevant excerpt:


Coyle: Going back to what you said before about not listening to much heavy music— you being a screamer, an aggressive vocalist, the emotional ties to that, is that something you still kind of need to do?

Coyle: Was it at one point?

Blythe: At one point, yes, but I'm 44 years old. I've been doing this band for 21 years. Now on the new record, there's some different stuff on there. There's a song with clean singing. There's a song with Chino [Deftones] and a song with Greg Puciato [The Dillinger Escape Plan]. There's one song where it's almost clean vocals and it's me doing it. That's the most fun I've had in the studio in a long time.

Blythe: Yeah because, dude, sitting there screaming for 4-6 hours a day, that shit hurts your head. You know, I know people say this, but I think this is one of our best records in a long time because Willie and Mark really co-wrote it. Our producer, Josh [Wilbur], really encouraged them to sit down and write together. It's a return to the old way of doing things for us, because for a while Mark would write his songs at home and demo them on the computer, and Willie would do the same, and they would come in and teach each other songs. On this album, it was like old days like when we were first a band and they wrote the songs together in the practice space. Like an actual band, ya know. Remember those days?

Coyle: I love that way.

Blythe: Yeah. I think it shows on the album, and it's the best album we've done in a long, long time. But to bring that around to the original question, no, it's not something I feel this need to do.

Blythe: Absolutely. Absolutely dude. Especially since we haven't had enough time off, and we need to make some money. (laughs) So it is work, ya know. It's not that I don't enjoy my job, but it's my job. I don't have a plan…well, I do have a plan B, that's being executed right now: I wrote a book, I did a photography exhibit, all that stuff, but there's no retirement plan in this business, as you know. So it's time to make a record, it's time to go on tour, it's time to do what we do in order to make a living and feed our families. And some people don't like that, when you say it like that, and this is before their romantic idea of what being in a band is, but romance doesn't pay your mortgage. (laughs)

Blythe: No, it doesn't pay the bills. So no, screaming and stuff is not something I feel the need to do anymore. There's not a burning desire inside.

You can read the entire interview VH1.com.
Tags: Lamb Of GodDoc CoyleRandy Blythe

So sturm und drang is german for st. anger? I did not know that.

Murdering someone really takes the edge off.

Blythes been jamming that last FLOOR album too hard it seems.

he didnt murder anyone you fcking retard. some guy died after he went to their show. dont care about lamb of god but, get your facts straight before you try to be slick which is not for you, dumbass.

LOL at people who get butthurt about comments made on Lambgoat.

YO FRONZ HERE, HAHA LISTEN TO THIS gay, KILLED A MAN AND NOW HES BOWED OUT FROM SCREAMING DA FUNK, MAN I THINK YO DREADS ARE TOO TIGHT HOMEZ YOU AINT EVER GONNA MAKE THAT MONEY MONEY YEAH YEAH WITHOUT A 20 YEAR SCREAMING PLAN HO, AINT NOBODY WANNA HEAR A 50 YEAR OLD MAN SINGING WALKING IN THE AIR gay

plan b is always writing a book, art, photography, etc. get a real job hippie!

"...the emergence of what they perceive to be a mellower Lamb of God." They've been going down hill since Ashes'

Hey jerk that doesn't know how to spell or use English Grammar. YO, Fonz? What the fck is that? Hooked on Ebonics? Go back to mommy's basement turn your gay ass Lil' Wayne up as loud as it will go, then go fck yourself and the rest of those dipshit sages you call rappers.