punk singer catches flying cup of beer during show, drinks like a champion 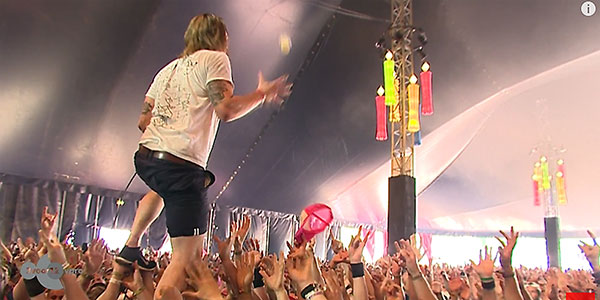 This weekend at the Pinkpop Festival in the Netherlands, something amazing happened. No, it wasn't a big deal in the grand scheme of things, but it was still pretty fucking cool.

Mid-performance, one David Achter de Molen, vocalist of Dutch punk/post-hardcore band John Coffey, waded into the crowd. While standing atop the shoulders of concertgoers, someone threw a plastic cup full of beer high in the air in the direction of de Molen. Without missing a beat, de Molen reached out and grabbed the cup, its contents miraculously intact, and slammed back a swig of beer before coolly tossing the cup away. Whoa.

Enough for me to start drinking alcohol and circle pitting.

That is actually pretty cool.

yeah real cool, now this dude has herpes for life

I don't even drink and I think that's awesome.

Come to find out, it was a cup full of piss.

I am straight edge, and i think this is awesome!

I'm a beer and I think this is awesome.

Come to find out, it was a cup full of herpes diarrhea

How'd they throw it without any liquid flying out?