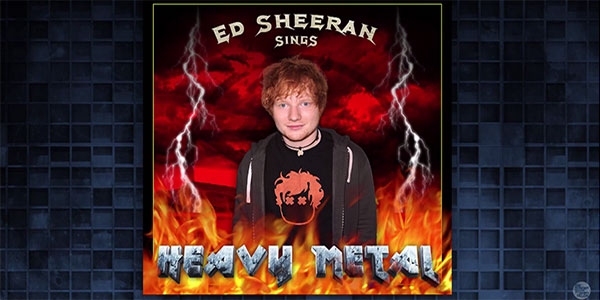 This week an amusing skit was aired on The Tonight Show Starring Jimmy Fallon in which Fallon (in character) promoted a fictitious release titled Ed Sheeran Sings Heavy Metal. The piece included clips of pop star Ed Sheeran performing versions of both an Iron Maiden and a Limp Bizkit song, in addition to name-checks of a few bands we regularly cover. Check it out below.

i would buy the shit out of that record. just sayin.

the white race must be wiped off the earth

in addition to name checks

I heard an interview with him on the radio where he talked about growing up listening to Mudvayne. True story.

and this was not funny at all. not even Doug.

If you honestly enjoy this check out the band Hellsongs. They do pretty acoustic covers of metal songs.

Donald Trump has a younger brother? Who knew.

That was actually pretty good.