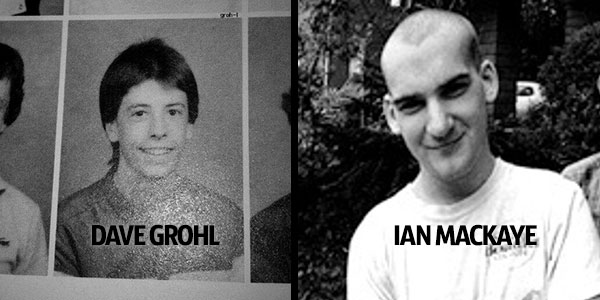 When Dave Grohl was a kid, he lived in Springfield, Virginia. Yes, I'm talking about the Dave Grohl, of Nirvana and Foo Fighters fame. Anyway, at age 14, one of his local musical heroes was Ian MacKaye. At the time, MacKaye was fronting seminal Washington D.C. hardcore punk band Minor Threat and running independent label, Dischord Records (MacKaye still helms Dischord and of course went on to form Fugazi).

In fact, Grohl was such a fan that he personally wrote to MacKaye, and asked for his assistance in finding some like-minded musicians. Grohl shared the letter earlier today via Twitter. You can check it out below.

Look what my hero Ian Mackaye (Minor Threat/Fugazi) just found: a letter I wrote to him when I was 14! Haha! pic.twitter.com/Ak8gxZz5m6

the time when people contacted you by phone calls and by @aol.com. A much better time than now.

^^AOL WASNT A THING YET IDIOT