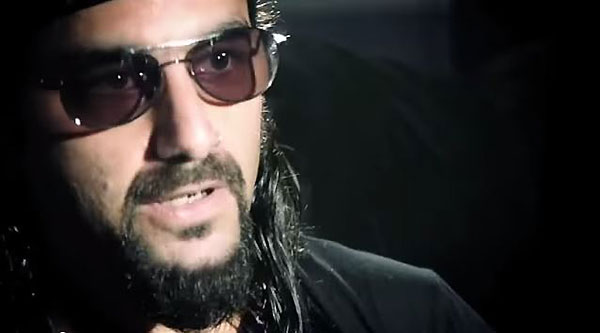 This weekend former Dream Theater drummer Mike Portnoy went on Facebook to complain about not being seen by a UK hospital in a timely fashion. Not surprisingly, he took an Internet beating. Even less surprsingly, Portnoy has now issued an apology.


"I'd just like to apologize to anybody I offended with yesterday's post…it was not a personal attack or rage against England's health care system in general (of which I know nothing about)…Yesterday I was the sickest I've EVER been in my life.

"The paramedics came to see me at the gig and then decided to take me to the emergency room, only for the ambulance to run out of gas and I was then driven to the hospital by a very kind fan who offered to help. Neal and I calmly waited in the A&E without any indication from any of the staff of when I would be seen. I did NOT expect any special treatment or wanted to be put ahead of anybody else in need. (as I have been so wrongly accused)…we only wanted some (ANY!) answers as the clock was ticking until showtime...

"At 7:45, I had to make the decision to continue to wait and cancel the show…or leave without being seen in order to make the 8pm show. I desperately did NOT want to disappoint the fans and made the decision to leave in order to make the show. I played the show in the worst physical condition of my life. I'm sure you can imagine how frustrating this experience was and I stupidly posted about it on my social media. I am shocked and appauled at some of the rude and downright nasty comments that have been posted in the wake of this…really, 10x worse than my post. It's sad to see such hatred…but whatever, I can suck it up and take it. I surely never meant for such attention and controversy.

"Thank you to everybody that cared and sent me well wishes and prayers…the positive vibes will help me on the road to recovery.

"In any case, I really need to crawl back in my bunk, get off the internet to try and recooperate...but I wanted to address this issue and explain what happened and apologize to whomever I offended."
Tags: Dream TheaterMike Portnoy

Jesus, no one gives a fck, you baby. Stopped reading when you continued with "The paramedics..." Just sit down and shut the fck up.

And the career nose dive continues...

I am shocked and appauled Derp

"I am shocked and appauled at some of the rude and downright nasty comments that have been posted in the wake of this…really, 10x worse than my post. " Don't apologize too much or you might damage that ego of yours. Jeesh.

OK, so the guy was in Dream Theater. Does that matter AT ALL????. 98.7% of most people have no effing clue who that awful band is. AND IT WILL CONTINUE TO BE THAT WAY FORRREEVVVVERRRRR. suck it portdoggy

Any band would want Mike Portney behind the kit, he is practically one of the best drummers in the world and would blow all you motherfckers up.

^ who gives a fck? a drum machine plugin can do whatever portnoy does and doesnt have a shitty attitude either

How much does it REALLY cost to book your favorite band for a show?
Motorhead frontman Lemmy worth less than $650,000 at the time of his death
Five Finger Death Punch singer Ivan Moody arrested for stuff?
A Day To Remember frontman dishes on Victory Records and Tony Brummel
In This Moment singer Maria Brink attempts to redefine the word "whore"