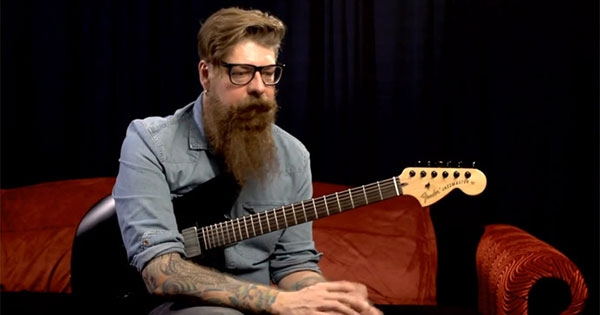 In a new interview with The Morning Call, Slipknot guitarist Jim Root said something that might surprise some people: "We don't see a penny off of record sales and we never have."

Is Root lying? Probably not, at least not outright. Obviously, record labels make more than artists, especially when they shadily "recoup" every expense. Additionally, it's likely that Slipknot had a crappy contract with Roadrunner Records for their first few albums. Finally, there are a bunch of guys in Slipknot, and the money gets divided quite a few ways. That said, I imagine he's made some money from album sales, however, I'm sure it's nothing compared to what he's made from touring and merchandise. Then again, if they've sold tens of millions of albums and he hasn't seen a dime, something seems off.


"You don't even know are we going to have a career. Are we going to be able to sell records? Are we going to have a label? I mean, labels are [closing] all the time. It takes like pop and rap to keep these labels going because those are the only people that are buying records anymore. To have a No. 1 with 130,000 copies sold is, you know, I remember when we first started selling records, in order to have a No. 1, you'd have to sell at least a half a million if not more, for the rock side of things. And now it's a fraction of that. So it kind of really shows you the state of where everything's at. I don't put too much into that anyway because we don't see a penny off of record sales and we never have. For us it's all about touring."

He's broke now, but for much of the 90s, ex-Faith No More singer Chuck Mosley was living off royalties from two albums with the band, neither of which went platinum. In a 2009 interview, Mosley said of the royalties, "It's always been enough to pay all the big bills, like the rent and the car."

I have no idea what songwriting credits or publishing rights Jim Root possesses with regard to Slipknot, but if he hasn't made any money from album sales, that's really sad.

UPDATE: A few people, including some industry folks, have pointed out the most likely scenario: Slipknot got album advances. Meaning, they got paid before each album was released, but didn't actually receive money from eventual sales (i.e. royalties). So while Root et al didn't technically earn "a penny" from album sales, they DID get money for making a record. At the end of the day, there's not a huge difference, but it does allow Root to come out publicly and say he didn't make a single cent from album sales (lol).
Tags: Jim RootSlipknot

It's like comparing salaries from someone at starbucks VS someone on wallstreet. its not a fair comparison. an artist in the late 80s/early 90s (FNM) were more successful than bands like Slipknot in regards to record sales and advance rates

Slipknot tours in 4+ buses with 3+ semi-trailers. They have a stage show that's enormous, a production crew, road crew, flights, drivers, managers, and the band. The label covers those touring expenses up-front, and recoups from album sales. The band lives off of guarantees and a portion of merch sales. This is how it works, for those of you who have no idea what the background financial process is.

..and to add to my above comment; for relativity, a typical bus rental alone is approximately 40K for a month.

Slipknot probably also gets quite a large advance for each record they make to cover recording costs/living in general. Probably at least a million dollars(because his band is huge) which they would then recoup. When you sign a new contract you can demand fairly high advances if you are in a successful band. So when he says he's not making money off record sales, that's not really true. He is just getting it all up front.

To the smart guy above who knows the ins and outs of Slipknots finances, for your info, they tour in about 15 busses. Each member has their own plus a few more for crew and other people.

In response to the dept. of internet correcting above: you are correct. Not for every tour, however. I don't know the exact financial breakdown of Slipknot, and I don't really care much, but I'm speaking from experience and having toured with them before. Although, that was several years ago.

Much like screen writers and film producers. They jack up prices of making movies so its hard to recoup all the money and not pay writers royalties. On paper the movie (album) lost money but everyone got paid their due dillegence. They can only make so much money off touring and merch and other medias that they probably cap their advances based on estimated success, the bigger the star power the band has the more advances they can claim when signing a contract.

I too am a material girl

Broke eh? That would explain the shitty haircut and annoying beard. I heard there are barbers that give out free trims to the homeless. Go get one

Cocaine is a helluva drug

They can't pay him, look at how he looks? He looks like a Keebler Cookie Hipster Elf..

Is he in Mumford & Sons or Slipknot? C'mon "Jim Root" get it together!

I feel like it is just that no one buys slipknot albums. I buy tons of records and 90% metal. I just never buy a Slipknot album. It is Slipknot. Slipknot.

Maybe if they got rid of the 3 useless members of the band (Craig, Shawn, Chris), they wouldn't be so broke

Anyone watch the 30 seconds to mars documentary "Artifact". It breaks down how bad labels screw bands over. Labels take money from cd's that are broke during shipping and pkg fees, even if the the albums are only digital. It's awful.

while I can't attest to this particular situation, when most bands say they have never been paid royalties they are neglecting to mention the advances that they get paid before they record which is a loan on future royalties. I read Rolling Stones never got a royalty because they lived off of advances and touring.

Awwww, he looks so sad.

"shadily "recoup" every expense" - webby is a moron.

Then don't be in some shitty famous band and you wont have to cry about it to every one.

Bands these days just keep bitching and bitching and it's getting old. STOP PLAYING THEN. JESUS fckING CHRIST...THE WORLD WOULD STILL EXIST HAD SLIPKNOT NEVER....

listen bro, you can't just take off your mask and waltz in here with your birkenstocks and your phish t-shirt and moussed up hairsprayed quaff and pretend you aren't rich as fck from playing nu metal, mmk?

They signed a seven record deal for 500,000 by any stretch they got screwed...no wonder they're leaving as soon as the last contracted album. They'd be better off starting their own label.

How much does it REALLY cost to book your favorite band for a show?
Slipknot guitarist says band has never made money from record sales
Motorhead frontman Lemmy worth less than $650,000 at the time of his death
Scott Ian of Anthrax recounts the firing of Dave Mustaine from Metallica
true stories? Or urban legends?