'The Osbournes' coming back to television 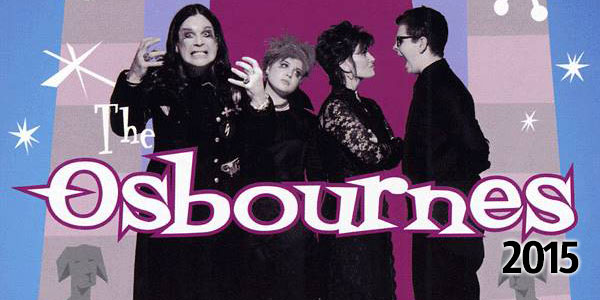 It looks like the hit MTV reality show 'The Osbournes' will be coming back to television for a limited run. If you don't recall the show, it essentially followed the lives of Black Sabbath frontman Ozzy Osbourne and most of his family (one of his daughters did not participate). It was somewhat entertaining, in a train wreck sort of way.

The TV series, which ran from 2002 through 2005, was at one time the highest rated original program in MTV history.


"Ozzy has decided that he wants to do another few episodes — not a whole season, about eight episodes — of The Osbournes. It's been 13 years since the last one. He said that for the whole three years that we did it, he was drunk the whole time, so he said he would like to do one where he is completely sober, as he is now..."It's not forever. It's no more than eight episodes. Because it's been 13 years and our lives have changed so much, it's a kind of catchup. It's like, 'What are they doing now?' That's it."

Filming for the episodes will reportedly commence in early 2015 in California.
Tags: Black SabbathOzzy Osbourne

how are you supposed to feed the trees, put a HAM SANDWICH NEXT TO IT?

don`t watch it you F Ucks! if you don`t like ozzy.

About as interesting as a Jersey Shore reunion

if it was bad when he was drunk then it must be REALLY BAD now that he's sober. Oh wait, he does pills now. Epic.

is his oldest daughter gonna show her face this time?

"Ozzy decided"= Sharon told Ozzy he wanted to do some more episodes.

How much does it REALLY cost to book your favorite band for a show?
Motorhead frontman Lemmy worth less than $650,000 at the time of his death
true stories? Or urban legends?
Varg Vikernes (Burzum): "I no longer play metal music"
watch a naked guy tear up the mosh pit