If you read our news section, you now know that Slayer has announced the return of one-time drummer Paul Bostaph to their lineup. This pretty much kills any chance of Dave Lombardo returning from his recent exile. So disconnected are the parties that Lombardo learned of his ouster via the Internet. 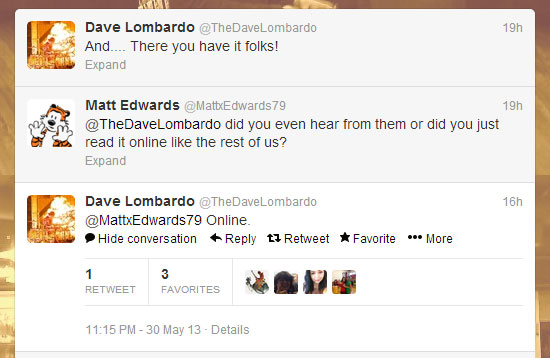 So much for Jeff Hannemann's death bringing Slayer's remaining original members together. Seriously, is there anybody out there that really thinks Slayer shouldn't call it quits at this point?
Tags: SlayerPaul BostaphDave Lombardo

still a far stretch from their heyday, but world painted blood wasn't all that bad. whatever slayer's got left minus hannemann, you can bet king is going to ruin it.

Wondered when Dave not know would be talked about. Bummer.

I mean i'm not sure why they are still continuing at this point but they were already planning on performing without jeff or dave for the tours that are already booked so what's the difference. Bostaph is 100x better than Lombardo anyways.

all Bostaph era Slayer is bikercore. Lombardo was with the band during their most important era THE 80's.

Bostaph was on divine intetvention but lombardo has him beat

Man...Lombardo's nuts must feel especially heavy with so many gays hanging off of them lately. Paul is a far superior drummer in every way possible.

LOL at everyone thinking they know what they're talking about.

Slayer is just a job for these guys now. If they quit what would they do? They'll ride this shit out for as long as people keep going to the shows.

Paul is a better drummer than Dave for sure. They will probably do this shit for a few more years until they can afford to retire

Wait, they're going to actually keep going without Hanneman? Wow. No care ever again.

Well you know...Paul Bostaph was the drummer when I first got into Slayer in 1994. He was also there when I first met the band in 1998. So yes I know Dave is the original member but Paul in the band is still 3/4 of Slayer as far as I'm concerned.

How much does it REALLY cost to book your favorite band for a show?
true stories? Or urban legends?
Terror frontman Scott Vogel calls The Ghost Inside 'bullshit band'
Motorhead frontman Lemmy worth less than $650,000 at the time of his death
Mike Portnoy pissed that hospital wouldn't treat him like someone important