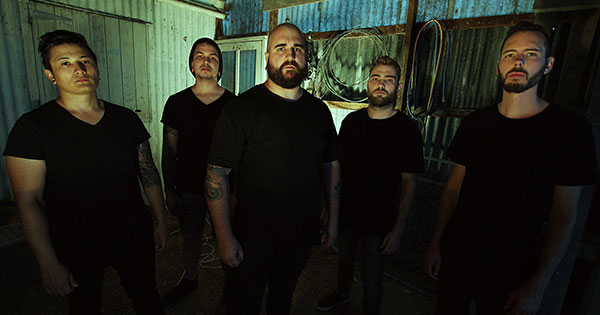 New Zealand death metal/deathcore outfit Depths have dropped a brand new single titled "Blood Keeper." Accompanied by a video from Kiwi director Amber Beaton, the track can be heard below. Beaton comments on the clip: "'Blood Keeper' uses surrealism and patient edits to portray the story that Josh [Bain, vocals] had told me when we first chatted about making this video. It was very personal to him and I didn't want to just make a fast paced performance video of the band playing their instruments because it didn't feel right. In 'Blood Keeper' we find a normal everyday guy being prepared for his unexpected fate. There are two women and a boy representing The Mother, The Wife, The child. But they also represent Life, Death and Time. Anyone who has lost a loved one before their time will understand the helplessness and heartache of witnessing the inertia of their path." Formed a decade ago, Depths have released four albums and toured both nationally and internationally. For more information, check out the band on Facebook.

happy 10th birthday to these albums
one of my all-time favorite albums was released 25 years ago today
Have you seen our multi-camera video of Remembering Never's full set at Iron City last month?
Video: members of Comeback Kid and Counterparts perform Misery Signals song 'The Year Summer Ended in June' at Furnace Fest 2021
Volumes have released a new demo track.
more news tidbits