The Dillinger Escape Plan has issued a new video. 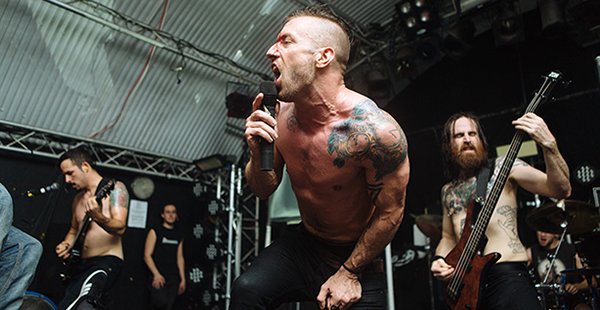 With just a few months left before they disband, The Dillinger Escape Plan has released a performance video for "Limerent Death," a track from their latest album, Dissociation. You can check it out below. Vocalist Greg Puciato comments: "So … we could've gone the normal route and put a video out before our record came out, but the truth is we were so wiped out from the writing and the recording and the weight of the breakup that we just couldn't give a shit at the time. Besides, we knew that nothing more conceptual than live footage ever felt right for this song anyway, and at the time, after being off tour for a while … well … there just wasn't any. So here's a little something, directed by Oleg Rooz, who lived with us for our last European tour and shot endlessly. It's only a year after our album came out and about a dozen shows away from the band finale, but hey … fashionably late."

Devil You Know has now released an uncensored (i.e. NSFW) version of their "The Way We Die" video.
Orphaned Land has debuted the first single from their upcoming record.
The Black Dahlia Murder has officially been added to the upcoming Children Of Bodom and Between The Buried And Me tour.
A promotional video for Candiria's "Kiss The Lie" album has been posted.
For Today will be recording a new album in March.
more news tidbits