Obituary Dying Of Everything 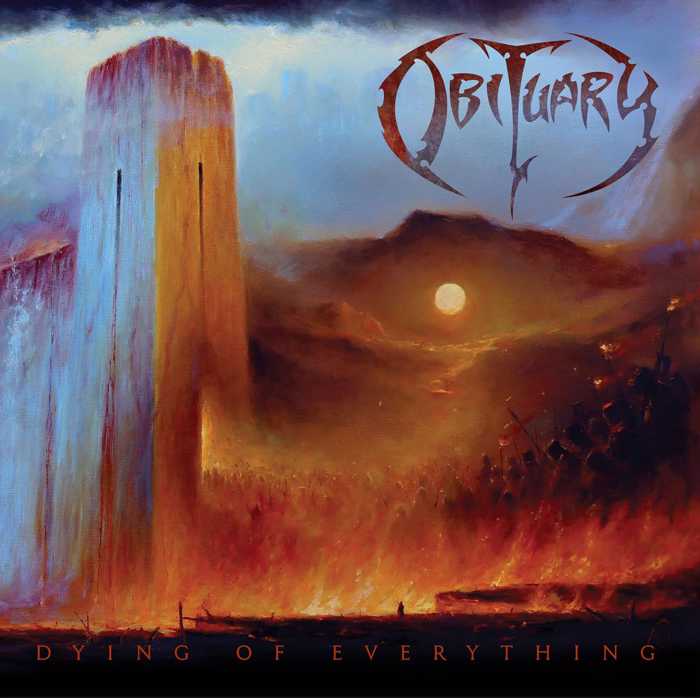 Obituary really need no introduction, they’re already legends. These Florida death metallers have been putting out LP’s since 1989 and have established themselves as mainstays of the scene continually touring, writing, and releasing solid metal. Their most recent, self-titled album from 2017 was seen by many as a return to form and hopefully marked a bit of a comeback for fans. After a nearly six-year wait, Obituary are finally back with Dying of Everything, a forty-five minute endeavor sporting a gorgeous cover from the late Mariusz Lewandowski, fierce grooves, and memorable riffs. 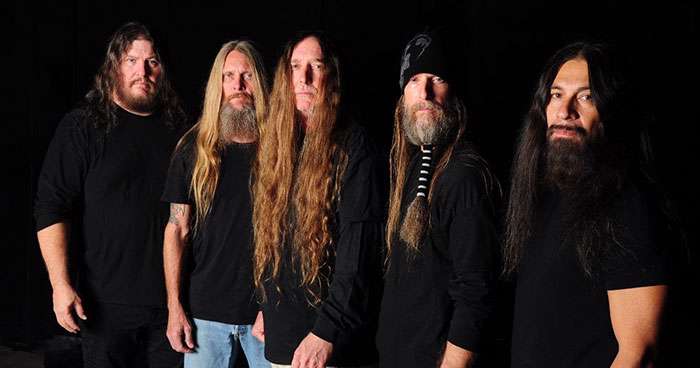 Obituary’s lineup has been stable for the past decade and, along with the Tardy brother’s life-long commitment to the band, this brings a ton of combined experience. It doesn’t take long for this to come through on the record. The shape Dying of Everything takes is indicative of a band that knows where they excel and where to focus to maximize their strengths. The average song length hovers around four minutes and that feels perfect across the 10 tracks; the point is made without driving it into the ground. The point, since you’re asking, is that this is still the band that wrote Slowly We Rot. “The Wrong Time,” the album’s lead single, has a sweet mid-paced gallop, descending riffs, and dive-bomb solos that feel like a classic Obituary song. “Barely Alive” showcases John Tardy’s charred howl to maximum effect as does the rest of the album, to be fair.

Death metal as a genre can quickly get in its own way with frills and aesthetics, and while there’s been no shortage of old-school death metal lately, it’s nice to have an actual old-school band still on the scene and still showing us how it’s done. This is straight-up chug fest that fetishizes the riff and there’s not a damn thing wrong with that. Especially when done so elegantly. That’s the only elegant thing about Dying of Everything, however. This record sounds nasty. The low-end is prominent with the bass and drums thudding away on every track with the guitar tone having the right amount of crunch. The added effects on songs like “War” are also laid in well and add to the richness of this record that feels the heaviest Obituary has in recent memory. There’s frankly little to complain about here.

If one was to levy a complaint about Dying of Everything, it would be that most of the songs tend to sit in the same pocket – mid-paced, 4-5 minutes, and with similar structures. While this could be a valid complaint, it’s also sort of like complaining that your Snickers bar has too many peanuts in it. This is Obituary. This is what they do; low down, swampy, death metal that pulls you into the murk by hitting you with riff after riff and groove after groove. “My Will To Live” is a prime example of that sludgy, swirling effect that their songs have as the outro feels like a tractor beam of slime pulling you to your death. It's great.

Bottom Line: It’s evident that Obituary took their time in building Dying of Everything. It features some of their best work in recent memory with hooks, riffs, solos, and grooves at every turn. There’s a great deal of fun to be had listening to this album and it's fantastic to see a band in their third firing on all cylinders and hitting the mark so well. While there’s not a lot of new ground broken on this release, one can easily argue that Obituary have dug enough over their career. Dying of Everything is easily the best new metal record of the young year and one that will stick around for quite a while.

This dude hangs out at Guitar Center, great job buddy

So the dude works at Guitar Center and hates on Obituary?…Sounds about right. P.S this album f*cking rules.

People who worship Lorna Shore and Shadow of Intent think this album sucks.

^Nothing wrong with those bands, but I'll have to check out this new shit from Obituary.

I really enjoy this album. It's f*cking good!