Woods of Desolation The Falling Tide 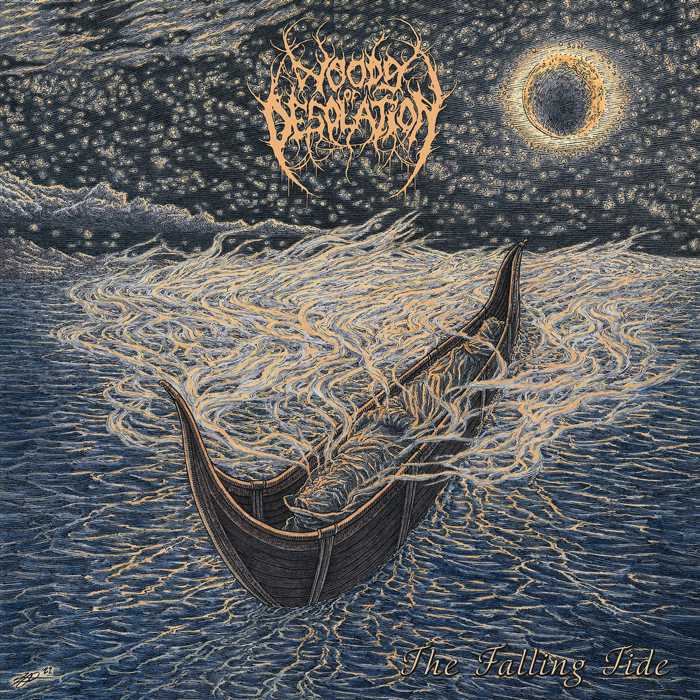 Arriving just in time for X-Mas lists and - more importantly - "best of 2022" lists, The Falling Tide by Woods of Desolation seems especially appropriate for a December release due to its cold aesthetic choices in both musical and visual presentation. Of course, this can be somewhat of a cliché in the genre of (atmospheric) black metal, but the album's title and artwork specifically point to more of a water theme, which is fitting imagery for the vibe this band conjures. 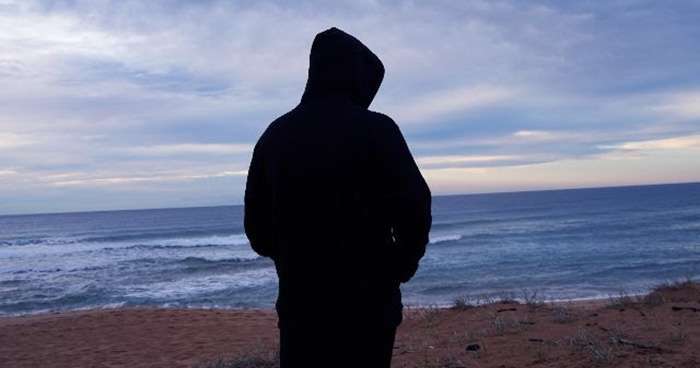 Indeed, the bittersweet strumming that inaugurates album opener "Far From Here" is somewhat reminiscent of observing one's own reflection in rippling pools of rain, while the intensity of the blast-fest that immediately follows is akin to that of coursing rapids. A reverby and shimmering, yet crystal-clear production only reinforces such comparisons, and additionally increases the listenability of the record immensely.

Where things get murky (ok, I'll stop) is in the sheer contrast of quality between the strict "black metal 101" sections and the more open, almost jammy, post-rock affected deviations. These modernized interludes and bridges certainly provide a nice dynamic shift in between all the chaos, but stock tremolo parts dominate the compositions and widen the gap between peak and valley to an uncomfortable margin.

For example: the performance of returning drummer Vlad (Drudkh) is nothing short of admirable, and at times even inspiring. Unfortunately, his attention to detail seems oddly restrained to those aforementioned half- or quarter-time reprieves that are enlivened by tasteful chops and fills. Occasional cymbal accents aside, the classic blast beats are entirely too straight-laced when compared with the much more inventive playing that Vlad displays elsewhere.

Guitarist/vocalist D.'s contributions are similarly lopsided in terms of technical perfection vs. memorability and effectiveness. While the style at play here isn't exactly conducive to huge hooks and iconic riffs, even a slight improvement in this area might have bolstered The Falling Tide's replay value. Beyond the admittedly gorgeous production — which was impressively also handled by D. — there's just not much to grab on to that would elicit multiple repeat spins. There is a notable change to bright, major tonality beginning at instrumental interlude "The Passing..." and continuing into album closer "Anew"; however, this only highlights the previous songs' sameness and arrives a little too late to save the day.

Bottomline: If you prefer your atmospheric black metal at a face-peeling tempo and don't mind some "post-" influence, The Falling Tide is serviceable enough to scratch that particular itch. Hell, it might even slide to the finish line for some listeners on the strength of its mix/master alone! That being said, there is simply too much wasted potential on this LP to give Woods of Desolation a "list-worthy" score.