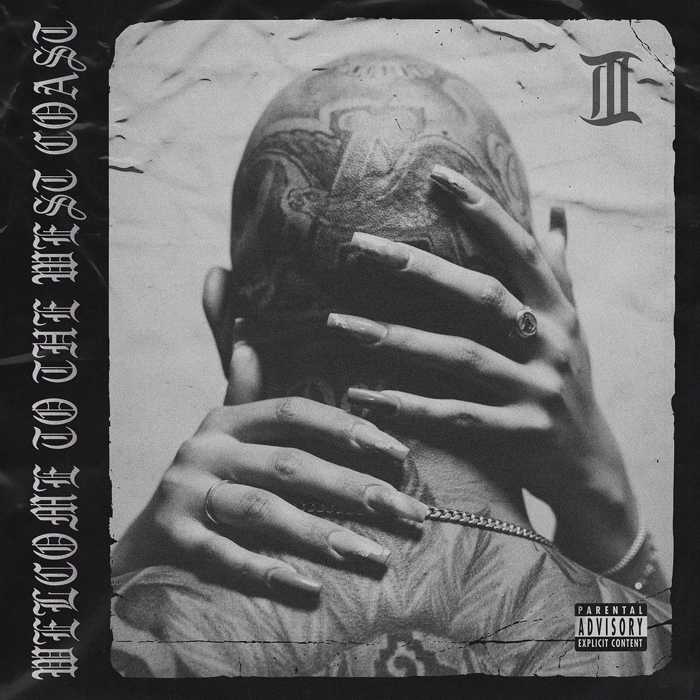 Hardcore, am I right? It’s half the reason we exist, generally painting a despondent picture of the world because, well, it’s a reflection of reality, if a little dramatic at times. That said, it can be uplifting, sheltering feelings of hope for a better future and forging camaraderie with like-minded individuals in a bid for unity and survival in man-made hell. This is definitely the mentality that Lionheart approach the genre with and it’s one worth careful consideration, if not outright praise. 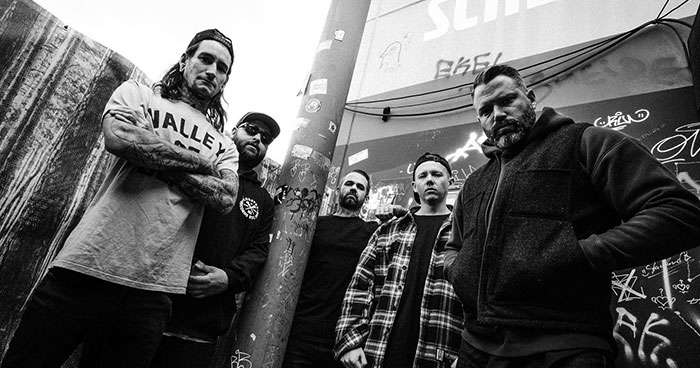 Hailing from America’s number one contradiction of utopian/dystopian lifestyle, California, it’s very clear that Lionheart grew up on the sides of the state you don’t see postcards of (that is, Oakland). More commonly portrayed through rappers’ rhymes, the quintet paint a picture of death and desperation with Welcome to the West Coast III, an album that achieves exactly what it sets out to do, but not much more.

This is good and bad. On one hand, the objective is met - weld together a slab of beatdown hardcore for the tough guy and underdog alike, the latter growing into the former through perseverance and inner strength. That’s very admirable! But the heart of the lion can only achieve so much alone without the vision to push into greater territory, and we’re ultimately here to talk about the music.

You’ve heard a lot of this before. The same guitar tones, song structures, vocal approach - it’s all solid (especially singer Rob Watson who has a commanding, well-enunciated candor that’s easy to join in with). It’s spin kick ready and the breakdowns will have you ruining the shit out of your floorboards. There’s nothing particularly inspiring about it though because it’s painfully loyal to genre tropes. Stick to what you know I suppose, nothing wrong with that.

“LIVE BY THE GUN” is one of the best songs on here with its ominous intro and Ice-T feature - Body Count has been a West Coast hardcore institution for three decades and, even if they’ve been middling in recent years as well, it’s great to see him show up for some OG credit. One song that really resonates is “STORIES FROM THE GUTTER, PT. II” which details just how alone people in the trenches of inner city life are - “Call 911, they ain’t even showing up/Nah, not around here/Not where we grew up”. A hard, but necessary lesson. Cops won’t save or protect you, y’all, even when you’re in the suburbs.

There’s definitely some times lyrics threaten to get stale. For instance, several songs reference coffins, caskets, and ending up in them. This plays to themes of violence and death lurking around every corner in the streets well enough, but a lack of lyrical variance coupled with lack of instrumental variance does not do it many favors. Song to song, themes of drug use, drunk driving, mental illness, and a loss of faith are all explored so it would have been ideal to see the lyrics display diversity more often as their themes did.

This is just an album of conflict, in many ways. It’s great to spotlight the “get it how you live” mentality and the social ills that make it a necessity for millions the world over. More superficially, there’s fun to be had and heads to be banged with Welcome to the West Coast III. It’s far from meritless or without point, it’s just a matter of when style is equal to substance and neither are particularly great. The style is undercooked and therefore brings the substance down or at least makes the good of it have way less staying power. It’s December and it wouldn't be surprising if this was forgotten by all but the West Coast diehards, lifers, and band fans by the time 2023 rings in a new year of the same hell on earth.

Bottom line: Lionheart’s mission is commendable - to claim otherwise is needlessly combative or disingenuous. It hurts to be so critical with art that has a purpose such as this. One can hope young people on the frontlines of poverty, gang warfare, and other hardships find solace and community in a scene like this, and those older who have survived those trappings can help those in need. Clearly there are qualms needed to overcome before the band can approach something resembling greatness, especially with other bands achieving similar goals and pushing the genre forward all in one go, but maybe that doesn’t matter to them. Obviously they’re doing something right and they don’t need anyone telling them how to succeed. Fair enough.

When you were writing this were you ever worried it might be too good?

Hardcore, am I right? It's half the reason we exist

"Hailing from America's number one contradiction of utopian/dystopian lifestyle, California" I think we can all agree, Commiefornia is f*cking garbage at this point. You can thank the politicians for ruining what once was, a decent state to grow up and live in. Can't wait to get the f*ck out.

You know it's not too late to go back and edit this to not be so embarrassing.

The most pretentious review I've ever read. This album sucks but not as much as this review

These dorks aren't from Oakland.

who tf would would ever listen to this and lolol at that video what is this cholocore now?? GTFOH bet you these clowns still live at home with their parents lol at playing dress up