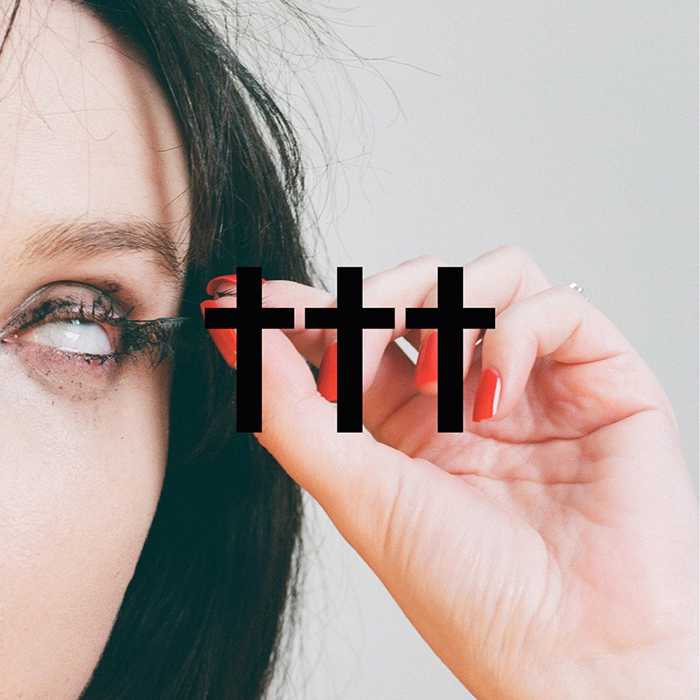 It’s hard to think of a band as contentious in the metal music spectrum as Deftones are. There’s been more polarizing opinions thrown around concerning the band then a million volumes could ever fit, and that’s just the shit posting and memes section. Lesser discussed is Crosses, the much more fully digital leaning side project which now consists of just two members, vocalist Chino Moreno and ex-Far guitarist Shaun Lopez. While it’s hard not to be reminded of Chino’s main project given his iconic vocal style remains prevalent throughout, Crosses are less concerned with the loud/quiet dynamic Deftones are known for. Instead, PERMANENT.RADIANT’s 6 songs of electronics based post-rock focus on creating a specific, singularly somber mood and atmosphere, and aside from a few misfires, they largely find success in their quest thanks to some extremely well crafted songwriting and a recording that sounds absolutely massive in scope and execution.

Mixing elements of darkwave, dream pop and contemporary rock music, the songs on PERMANENT.RADIANT play out much like the more digitally based/mellow Deftones offerings from the seminal album White Pony (Digital Bath, Pink Maggit) with a much heavier push on the lush atmospherics hinted at on the aforementioned songs. Moreno’s vocals especially soar on these songs, and it stands out as one of his best vocal performances to date. Instrumentally, the songs have an organic quality that feels lost in a lot of electronic based music, in no small thanks to a huge and glossy production that finds itself very well suited for the material. Shades of classic new wave acts such as Depeche Mode and New Order can be found here, along with many sonic similarities to newer acts such as Cold Cave and Drab Majesty. Where those newer era acts find themselves more rooted in the underground, the backing of major label budgets and production is very apparently on this EP, with a level of clarity and glossy veneer not afforded to smaller bands.

Sitting at roughly 22 minutes, PERMANENT.RADIANT’s runtime ends up working in it’s favor, as the lack of overall dynamics and variety would certainly wear thin when reaching the end of a full length record, but works out well for an EP’s worth of material. The 6 songs on the EP stand as some of the strongest songs the band has written overall, with the sole exception of mid-record track “Day One”, which breaks with the mood of the rest of the songs. An odd fit with the rest of the record sonically, it feels a bit too light/uplifting and breaks the overall momentum and mood of the record completely before moving forward. Aside from that singular misfire however, these are certainly some of the catchiest and most compelling songs the band has released so far, though it’s hard to pick a specific standout song when they’re all sonically so similar. This works well for consistency but might put off listeners looking for something more surprising.

Bottom Line: PERMANENT.RADIANT certainly isn’t a record that’s going to change your mind about Crosses, nor is it going to change the polarizing opinions that surrounded Chino Moreno’s vocal style. What you will get here is a solid stack of 5 huge sounding electronic post rock songs and one song that would have been better left to a different project. All and all, it’s a solid effort that proves the side project works better in the space of an EP than a full-length record.

I get paid more than $12 every article I write for lambgoat. I found out about this activity 3 months prior and subsequent to joining this I have earned effectively $48 from this without having good writing abilities. Copy underneath the site to check it.. whocares.com

I just started identifying as they/them. Aren't I brave and courageous!?

"I just started identifying as they/them. Aren't I brave and courageous!?" You're definitely sad/pathetic for sure.

Chino can't sing at all