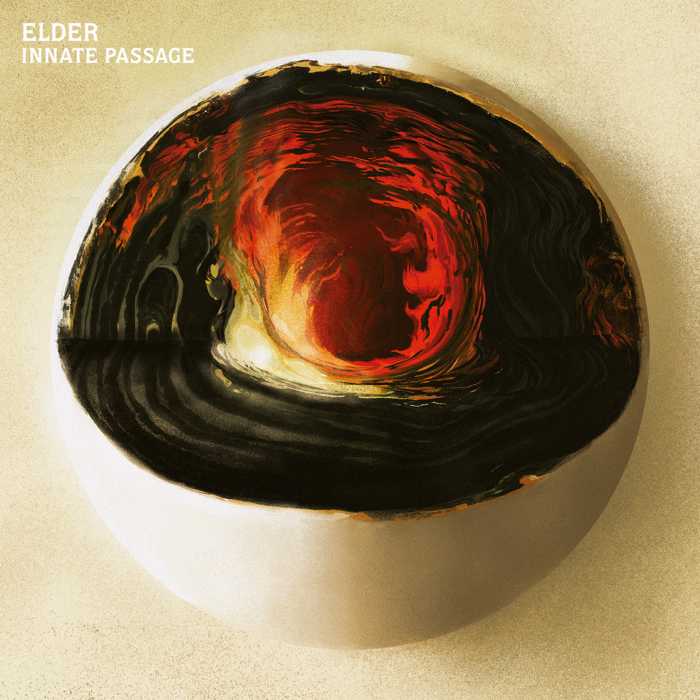 Being a band like Elder is tough, but liking them is easy. The band have been consistently good ever since their first release in 2008. It’s been a story of growth too - even with some stagnation in overall quality here and there, you can see the band growing outward if not upward and trying new things. This makes them unpredictable to a degree. 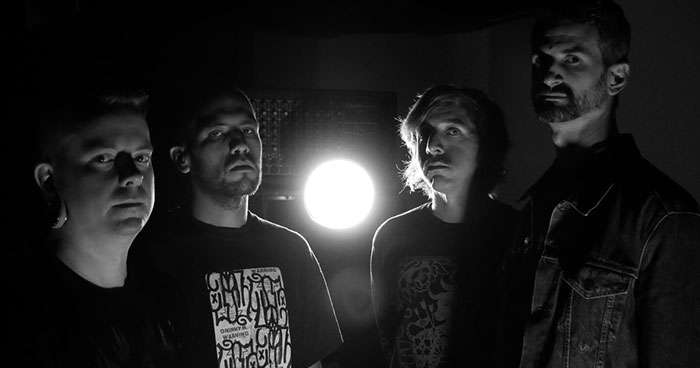 Innate Passage is both burdened by the past and liberated by it, working within (or rather without) genre confines that allow it to go any which way while also anchoring itself down with the knowledge of the heights they’ve been to before. Ironic, right? Still, every new entry is a chance to enrapture you in psychedelic stoner doom rock, and so the Germany-based band shall.

Elder are out to paint with sound, simple as that. They weave colorful moments in with lovely textures to create works that are as interpretable as any surrealist wall art. Songs are expressions, more so written and engineered to be felt than anything else. You’re just supposed to surrender to it all, vibing along to the five songs packed with seemingly endless moments of wonder and flair, transcending if you wish.

Beauty is in the eye of the beholder, but what about the ear? It’s hard not to hear the opening of “Catastasis” and not be immediately enamored by the textures and scope. There’s a slight washiness to the mix; old school, yes, but not antiquated by any means, and instruments still pop as they should on a modern album (if only more metal bands recognized this). The biggest treat to Innate Passage is just how knowable it is - you’re never straining to hear anything, even on low-mid tier audio situations.

From there, Elder cascade downward into deeper, more vast sonic environments, not in quality though. Innate Passage has riffs - lots of them - but the way songs are progressively structured, you hardly ever hear anything repeated. You are always on the move, jumping from segment to segment, which keeps everything from ever getting stale. Yet, they let general ideas simmer and be enjoyed, hence longer song lengths. Solid hooks are essential to good music - Elder would rather release you upon an ever-changing kaleidoscopic river of sound to drift on.

That said, some faves are the Thin Lizzy-esque intro to “Merged in Dreams - Ne Plus Ultra” which has a nice, subtly shreddy solo before launching into a more driving melody. Again, delightfully old school, but without classic fatigue or getting too lost in nostalgia. There’s this neat ebb and flow where tempo is slowed for calm sections, then quickened to get the blood flowing. After six albums, they’re experts at this and still show promise with how they can grow within that approach.

“The Purpose” is also noteworthy, being one of the best songs the band have ever committed to tape. Starting with delightful synth melodies carrying over from the previous track, guitars are electric (literally and figuratively), capable of making your hair stand up, all building up to a heavy apex where you can feel the light grit on the instrumentation. It’s such a satisfying ride and one of the best songs you can embark on a journey with this year.

Can’t neglect to mention Nick DiSalvo’s vocals here are the best they’ve been - mixed well, more confident and exploratory. You don’t hear them terribly often relative to the song lengths, but when you do it’s like being guided by a friend through Elder’s soundscapes.

The most apparent critique that can be leveled at Elder is that they’re very comfortable in their genre-connecting trench. One can’t expect a band to reinvent the wheel - or themselves - with each release or ever, but it must be said, as a statement of fact more than anything else, that Elder have no qualms about settling in and iterating change in small ways that won’t lose many fans, and maybe garner some new ones based on the raw quality of it all. Innate Passage may not show you new horizons, but it’ll expand the ones you know. More literally, while this may not reach the same pinnacle of raw quality as Reflections of a Floating World, it comes damn close.

Bottom line: Talking about Elder is paradoxical. Ghosts of the past or not, Innate Passage is momentous, making good on its intent to show you more about yourself than anything else. It’s a reminder to focus on the journey, not claw your way to a destination that may not even be for you. It’s a reminder to remain open to change and growth because that’s the only way we progress. It’s a reminder to let go occasionally. Above all, it’s absurdly good, well-written, exceptionally realized music.

dog shit's more worth reading than this review

Ain't no one reading all that, bruh.

I liked 2017's Reflections of a Floating World. Since 2019, they've valued quantity over quality like many other famous prog acts, releasing an album length EP, a full collaborative album with another band, and now 2 full length albums. Too much music.

If you wish... Douchey review! Cool album artwork tho

I made $92.hour reading this review and died from blood loss