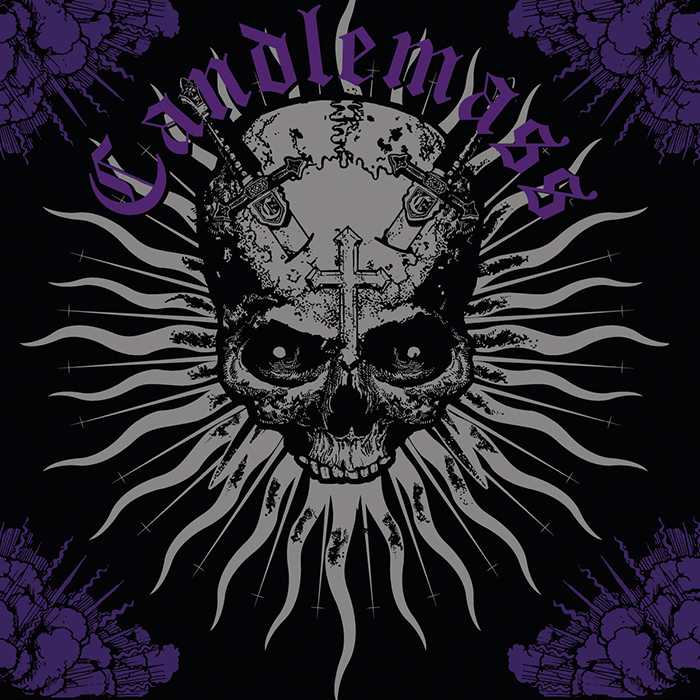 It’s hard to encapsulate the history of a band like Candlemass in a paragraph or two, suffice it to say they are legendary. Pioneering the epic doom metal sound that has been iterated on and progressed throughout the last few decades is their biggest accolade, but they’ve also managed to outlive many of their contemporaries and keep up with the new blood in the scene. 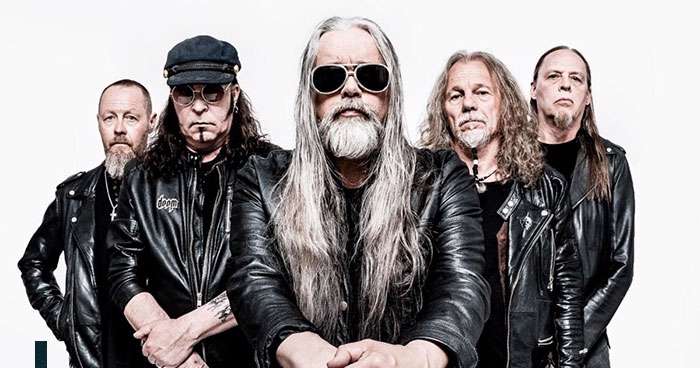 It’s true, Candlemass are old guard. They came up in the ‘80s, retained their classic instrumental lineup from then and, some time off notwithstanding, persisted ever since. Hell, their last two albums, Psalms for the Dead (2012) and The Door to Doom (2019), were quite solid efforts in their already storied pantheon of doom hits. 2018 saw Johan Längquist - the lead session vocalist for the band’s first album, the seminal Epicus Doomicus Metallicus (1986) - return as a permanent member and it’s his voice that leads us through Sweet Evil Sun. How is it?

Pretty good! Candlemass have been uncommonly consistent in their later years following a mid-career slump of sorts. Generally speaking, they slowed their sound down, but still know when to crank the tempo and intensity up. One thing that never left was the drama of their music - you really have to get on board with some theatrics if you wanna fully enjoy a Candlemass album. The music videos must also get a shoutout. All created by Costin Chioreanu, their highly stylized art complements the band immensely.

The drama shows the most in the vocals Längquist lays down. Lead single “Scandinavian Gods” has a lot of soul to it. The chorus is catchy and the message is sweetly relevant - “God or devil, never let the wrong hand use you/Altogether, let's build a better future”. He comes off like a wise sage and at the age of 59, shows no strain in his vocal style. “Crucified” is another favorite, a fully-featured track that allows the vocals to lead the way with Längquist putting some neat vibrato on the verses. There’s even a short duet with Jennie-Ann Smith of Avatarium on the chorus of “When Death Sighs” that’s evocative.

The instrumentation is nothing to scoff at either. “Scandinavian Gods” deserves another mention for the massive, earthy drumwork by Janne Lind. The kicks are so crisp and the light reverb gives it the weight and scale that the song demands. “Angel Battle” is a climactic force with tough-as-nails riffs and bounce to the melody. It’s the fiercest song on Sweet Evil Sun without betraying its slow, groove-first mentality. “Goddess” is the apocalyptic ender of the album (aside from the completely unnecessary outro track) and it utilizes that ominous atmosphere that classic doom is great at conjuring. There’s also a sick-ass guitar solo toward the end, signaling the death knell of the world according to Candlemass.

Even with all of this staring you in the face, it’s hard to fully commit to Candlemass when many other bands have outpaced them in recent years. The Skull (RIP Eric Wagner) and King Witch come to mind - two bands who have taken the classic doom sound and modified it into something extraordinary by pushing musicianship, songwriting, and melody to its maximum and crafting some truly great music. Factor in genre crossover with bands like Temple of Void or Hooded Menace and it’s night-night for this more antiquated, though appreciated sound.

Bottom line: Sweet Evil Sun shines brightest for fans of Candlemass or those looking for a love letter to classic doom metal stylings. It’s highly competent and those who have been in a drought for this kind of music will find it to be the hydrating oasis they’ve craved, but the endorsement effectively stops there. Despite its grand scale, it pales in comparison to older material and other bands alike. Then again, there’s nothing wrong with playing to genre tropes when it’s done well, and this is exactly that.

It was cool getting the original singer back and the Grammy nom but the monkey's paw is they followed up with the worst Candlemass album.