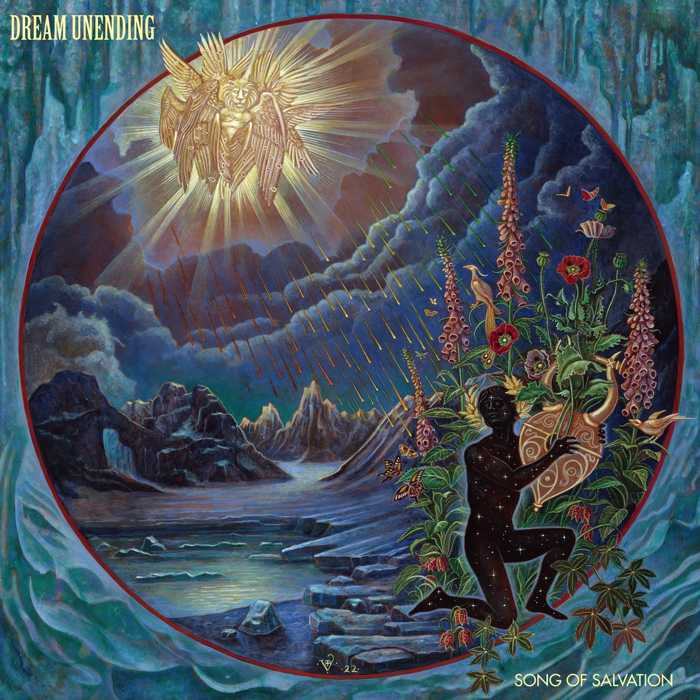 Around this time last year, Dream Unending released their debut LP, Tide Turns Eternal. The duo consists of Justin DeTore (Innumerable Forms, Sumerlands, and others) and Derrick Vella (Tomb Mold, Outer Heaven) joining forces to create a new take on death doom that reaches into past ideas like “The Peaceville Three” as well as some psychedelic and progressive influences to bring something new to bear on a genre that is often a bit stuck in its ways. While the debut album didn’t quite live up to that promise on every front, it was certainly a fresh take that warrants a second go by this pair of prolific musicians. Song of Salvation is an expansive album that does what a sequel should do: expand on existing ideas and integrate new ones. 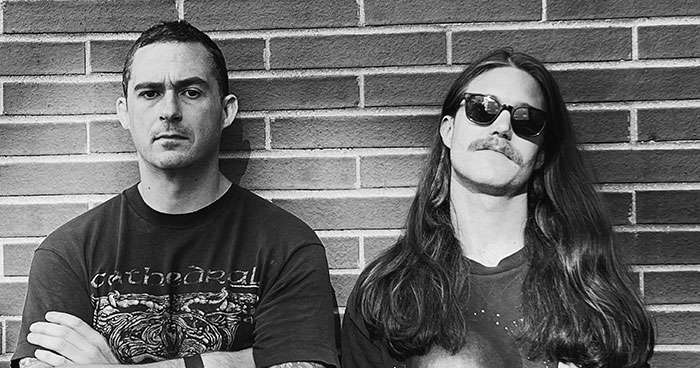 Doom is often technically relaxed and tends to focus on a contemplative atmosphere to accomplish its goals. This is something that Dream Unending has managed to capture to an even greater capacity with their second album. If the atmosphere and the empty space isn’t an engaging place to be, the plot is quickly lost and the spell is all but broken. “Song of Salvation” - the title track and opener - sets the tone for this very quickly and while the aqueous feeling and murky fog in which their songs are engulfed is still there (as well as familiar to listeners of their first album), noticeable enhancements have been made. The dynamics hit harder and with greater depth. The latter third of the song is restrained bombasticism at its best; flirting with excess but never a full on affair.

Sophomore efforts are often decried because of either playing it too safe or deviating too far from what made the debut likable to begin with. It can be a fine line to tread. Dream Unending managed to mostly get it right with this second effort. “Secret Grief” features guest vocals from Phil Swanson (Hour of 13, Sumerlands), pinch-harmonic-laden solos, trumpet, and a grand finish that reaches for, and grasps catharsis.

“Ecstatic Reign,” the album’s closer, is a dour 16-minute experience that is easily the band’s greatest composition in their short career. Female vocals courtesy of McKenna Rae, varying tempos, layers upon layers of synth, narration by famed voiceover artist Michael Poe and the occasional melodic gallop woven through the song’s expansive runtime. This is truly an epic track that sees each element shine from beginning to end. Aside from being the crowning jewel for this band and album, it’s a fantastic and memorable song in its own right and is one that has the potential to bring fans from other metal genres into the doom fold.

There are some decisions that seem to not quite serve Dream Unending’s goal on Song of Salvation, but are thankfully few and far between. Placing two instrumental tracks back-to-back isn’t the worst decision but when you have incredible vocalists all over the album, why make the wait for them to reappear so lengthy? While bookending the album with longer tracks seems to be in vogue, this format can make the in-between tracks feel less important. These are, however, very minor knocks on a record that is beautiful, entertaining, and quite a journey through oceans of noise. It should be noted that Arthur Rizk’s wizardry at the mixing board is ever-present as well.

Bottom Line: Projects like Dream Unending are quite often never the sum of their parts. As is often the case, this band is a group of impressive musicians paying homage to the bands that shaped them. It doesn’t take long to find a dozen acts with this same origin. However, both DeTore and Vella have poured more than just love letters to the past into Song of Salvation and the result is an album that weaves melody, atmosphere, depth, and catharsis into a very accessible but complex set of songs. It is both heavy and weightless; it’s proof that doom can be more than just long slow songs while still being long slow songs. Song of Salvation is the realization of their vision and one of the finest doom outings of the year.

How this band started: (While Smoking Weed). Hey dude...you like Twin Peaks? You like Death Metal?....Sweet we should make a death metal band that could be played on Twin Peaks.