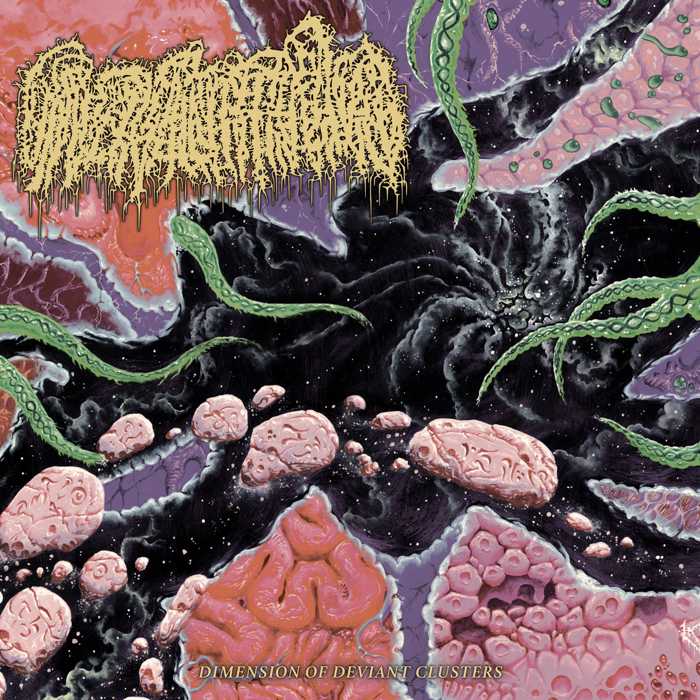 There seems to be a recent trend to take death metal into space. Frankly, it makes sense. After decades of terrestrial horror and gore, widening the themes of heavy music is an admirable endeavor and there are countless bands either gravitating to this idea or springing up because of it. Universally Estranged falls in the latter category, having appeared on the scene in 2021 with their debut, Reared Up in Spectral Predation. There were moments of greatness on the album; it was by all accounts a successful debut, and a year hence the sophomore effort has arrived. Dimension of Deviant Clusters seeks to expand the formula and travel deeper into the cosmos with riffs leading the way into a colder, darker atmosphere. 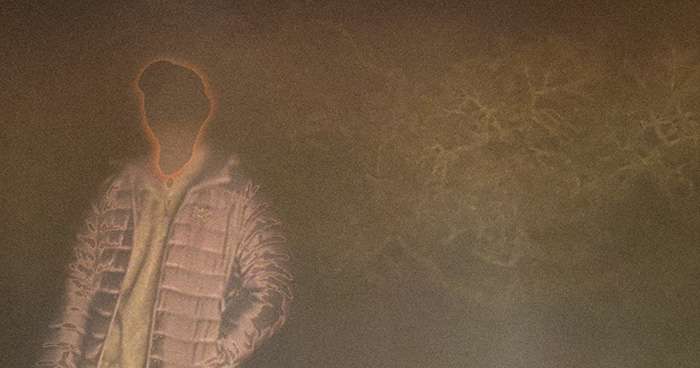 After the tone-setting (but unnecessary) intro track passes and the atmosphere of the album’s main tracks sets in, the approach of melding this galactic theme with death metal becomes more evident. Here and there phaser sounds are sprinkled into the background of songs and the vocal range is considerably wider than their debut effort. While it’s not a novel concept to employ these methods to sonically sell an atmosphere to the listeners, the key to making this work is balance. Injecting the right amount of these ideas is key, and for the most part Universally Estranged gets it right. This is unquestionably a death metal record, but more so it is a death metal record about the insanity of cosmic horror. Perhaps fewer moments of bleeps would have served the weight of the album but that’s by no means holding this beast back.

There are some killer moments that are spread throughout the album, such as “Psychic Laceration”; its straddling of cacophonic riffing mixed with the beeps, boops, and a genuine death metal groove topped off with a scintillating solo make this one of the stronger tracks on Dimension of Deviant Clusters. The title track is absolutely crushing and sprinkles in fewer affectations and unleashes every version of hell. As the album lurches toward the finale, the push and pull of each song strikes a fine balance of aggression and reprieve with each track spending only as much time as needed to get its point across. With a total runtime of around 32 minutes — and the final track “Universally Estranged” taking nearly seven minutes of that — this album tends to fly by.

Bottom Line: Space metal is kind of everywhere right now with plenty of acts jumping onto the fad to try to differentiate themselves from the ‘blood and guts’ metal of decades past. Dimension of Deviant Clusters is not this. It's a dyed-in-the-wool trek into the galaxy accompanied by riffs-galore and excellent pacing which strikes the right balance of beauty and brutality. While the drums would benefit from a little more pop in the mix, everything sounds above adequate. This half-hour of cosmic death metal shines as bright as a red dwarf.