Show Me The Body Trouble The Water 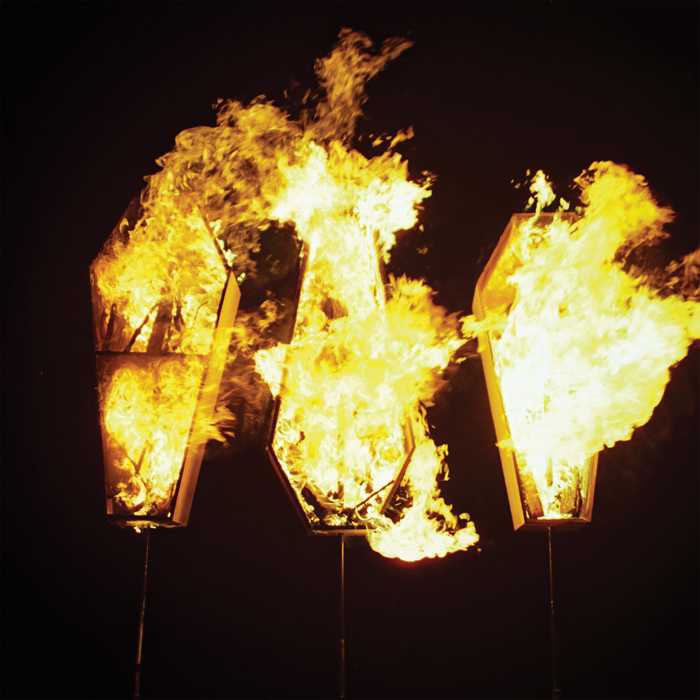 As a new generation of bands in the hardcore scene has risen, one of the focal points from the new breed has been the consistent blurring of lines of subgenres and an almost total disregard to fitting within those sonic barriers. New York’s Show Me The Body are certainly no stranger to this, as they’ve both intrigued and polarized listeners with their raw, stripped down anthemic punk sound that pulls from the underlying grooves of hip hop, the abrasive and chaotic aspects of noise rock, and the crushing low end of sludge metal in equal measure. Their previous albums Body War and Camp Orchestra certainly turned heads, and whether you love or hate what the band is laying down, it’s certainly a fact that there’s not quite anyone else around right now that sounds similar to them. Trouble The Water shows the band is as focused and determined as ever to make their mark, amplifying and expanding on the unique aspects of their sound while also proving to be their most accessible and consistent album yet. 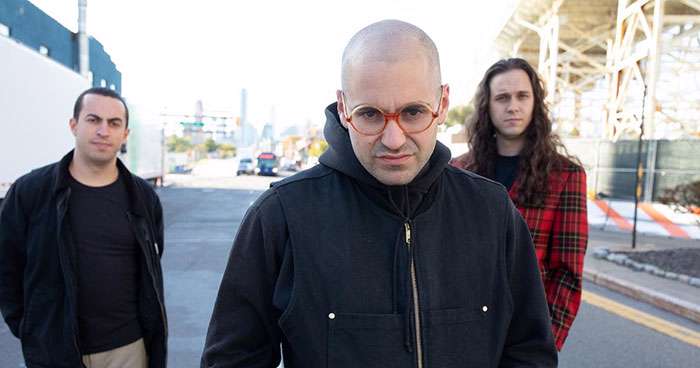 For those unfamiliar, Show Me The Body are a three piece band mainly consisting of drums, bass and banjo (yeah, that’s not a typo) with a heavy use of electronic elements coming into play as well, further cementing their bass/groove heavy approach to songwriting. Combined with the impassioned fusion of singing and screaming from vocalist Julian Pratt, this is a band that consistently sounds ready for war at a moments notice. Lyrically, the band zeros in on the absolutely fucked state of the world, the United States in particular, and the band’s urgent and riotous sound certainly speaks to the bleak reality many face. When they do end up pulling back on the noise it’s an extremely effective dynamic, building an air of foreboding intensity that makes the eventual transition back into heavier territory that much more explosive.

This is a band that clearly understands the importance of dynamics and uses those to consistently surprise listeners throughout the records. There are echoes of everything from Rage Against The Machine, Public Enemy and Sonic Youth found throughout the album, with a melting pot of various sounds paired with intense focus on issues the marginalized in society often face. It’s exciting to see a band carry the torch regarding the political upheaval that the former two bands mentioned pioneered in the 90’s, and there’s no doubt that Show Me The Body will inspire a new generation to take their lives into their own hands and fight back.

While the bands previous material was certainly memorable in it’s own regard, Trouble The Water is their first release that really nails the energy and chaos of their live performances, and often sounds like it could have been cut live to tape in one take, while fortunately still bolstering a clear and crisp production that ensures every moment hits as hard as possible. While the group is clearly in their own realm in terms of sound, there’s a lot here for the mosh loving hardcore crowd to sink their teeth into, with some absolutely huge grooves and breakdowns that will surely have audiences ready to destroy their surroundings as well as themselves. That being said, it is an almost certainty that Show Me The Body’s mixing of so many different sounds will not be for everyone, specifically metal or hardcore purists who typically stray from experimentation of any kind in the genre.

Bottom Line: Rather you find yourself in love with Show Me The Body’s fluid mixing of genres or you find yourself exhausted with the band’s combination of sounds, Trouble The Water still stands as an incredibly unique offering from one of the more interesting bands in the current hardcore/punk scenes. It’s their most consistent and strongest effort yet by a wide margin, and will no doubt bring forth many more polarizing views on the band when heard by new listeners. It’s certainly not a record for everyone, but no doubt it’ll be beloved by those it resonates with.

Show me the potty so I can flush this shit

show me the potty lol

Holy f*ck this sucks. The singer looks as much annoying as the music is

I listen to this and not a second of turnstile

How do bands like this get signed when there's so many amazing bands out there that are barely making it?