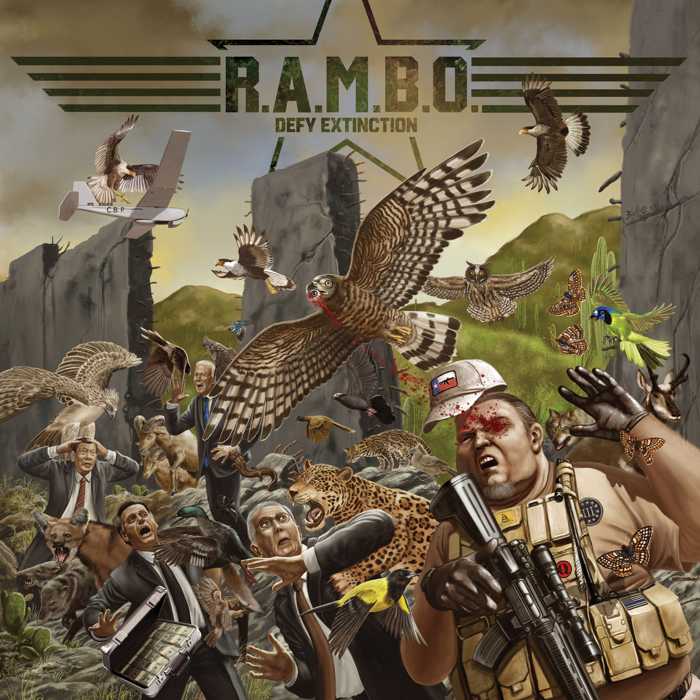 2022 seems to truly be the year of the comeback, as bands fondly remembered in underground circles return after years of dormancy. Even so, one reunion I and, I’m going to guess, nobody else outside the band’s inner circle would have called is Philadelphia hardcore band R.A.M.B.O. With their last record Bring It dropping 16 years ago, it’s an exciting prospect to see a return from one of the most eccentric and endearing bands from an era past. While never able to attend a R.A.M.B.O. show myself, videos of their past performances would suggest absolute prop-filled mayhem and an unbelievable amount of fun being had by both the band and everyone in attendance. Now the group is preparing to unleash Defy Extinction, and while it’s far from being without musical merit or charm, the new era production that comes with the times unfortunately holds it back from standout greatness. 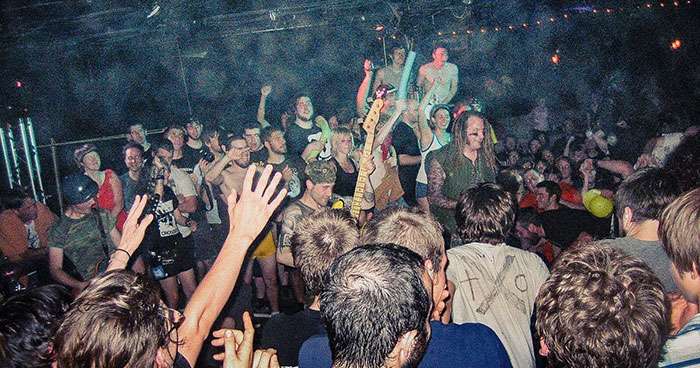 Sonically R.A.M.B.O. dish out quick and righteous blasts of crust influenced hardcore that bring to mind what Discharge or Tragedy might sound like after you lock them in a room with cases of beer and brutal early 90’s action movies on repeat. With what I’m sure will be a reassuring thing to hear by their longtime fans, the band has certainly stayed the course in regards to their established sound and are far from reinventing themselves here. The main difference between Defy Extinction and their previous efforts is that while their previous material bordered on fastcore, the majority of the songs on this record take a much more mid-paced approach. This works as a double-edged sword of sorts, as their now more melodic and slower approach to crust and hardcore allows standout moments that would have been lost in the shuffle previously. Unfortunately, there’s little variation in the material and pacing here, which makes the record feel a bit too lengthy by the time it finishes out. It’s unfortunate that the musical urgency that was present with much of their earlier material just feels like it’s missing much of the time.

That being said, everything that made these hardcore warriors originally stand out in the first place is still here for the most part, with hilarious song titles (“Who Let The Sheepdogs Out?” is a clear highlight) paired with a more serious lyrical intention as they tackle various social issues the world faces today. Catchy guitarwork and well placed gang-vocal parts can be found throughout the album, and no single song stretches on for too long or wears out it’s welcome before it’s on to the next excursion. While I have no doubt that in a live setting many of these songs would have the entire room raging in unison, when it comes to the record itself many of the songs, coupled with the recording itself, lack the punch that would keep me coming back for more. It’s a shame as there are a lot of positive attributes to be found here, and a handful of the standout songs (“Love And Science” 1 and 2, “Blizzard Brigade”) would have made for a great EP.

Bottom Line: Defy Extinction is far from a terrible record, just an underwhelming one at times, and much of this has less to do with the songs themselves but more the flat, sterile sounding production that ultimate takes away from the strength of the record. While I do hope that R.A.M.B.O. returns to playing live, it’s hard for me to recommend this album as a starting point for new listeners of the band, and it’s a somewhat disappointing return from the long dormant band.

This band, that video, this website, and all its staff members are all embarrassingly bad.

Woof that video sucked. And the other track was disappointing. Good review though!!

That cover art is top tier.

Bad bands paying for promotion on a dead page...amazing

I live in Philly, never heard of any these dudes. But I've never been interested in beta-cuck soy boys

I got into RAMBO when they were still around and offered some of the freshest and interesting lyrical content in hardcore at the time. Bring It! And Wall of Death The System are still amazing in that regard. These songs sound like a cross between CNN Twitter and Democrat Party talking points.

One of my colleagues at Media Matters recommended this to me. Everyone in my polycule LOVES this album!