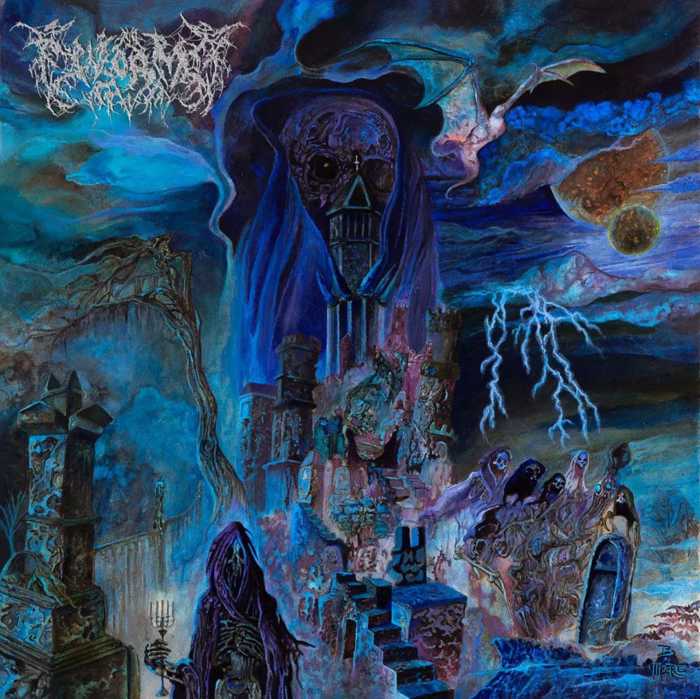 Worm have always been destined for something greater. Coming from the depths of the mucky Floridian swamps, the blackened death-doom metal band drudged up some excellent music with 2021’s Foreverglade, and before that were harsher offerings with 2019’s Gloomlord and 2017’s Evocation of the Black Marsh. Now, a mini-album emerges from the mire, combining a potential sign of things to come and an epilogue of sorts to Foreverglade. Welcome to Bluenothing. 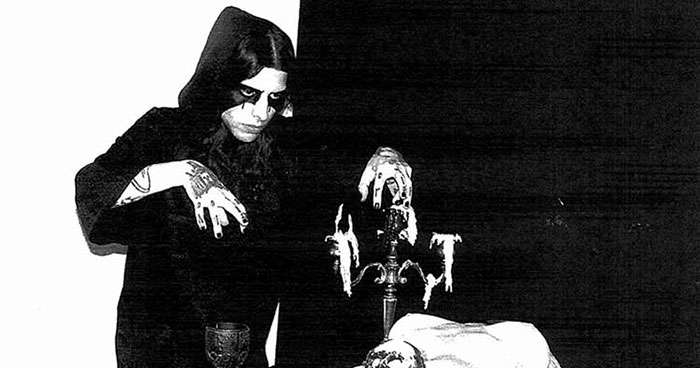 Consisting of principal member Phantom Slaughter (vocals, guitar, bass, and synth), he is now joined by Wroth Septentrion (commonly known as Phil Tougas from the bands First Fragment, Atramentus, and Chthe’ilist) who provides “necromantic shred” (guitar solos) to the first three tracks while Foreverglade vet Nihilistic Manifesto brings up the rear on guitar for the fourth track. Together, they craft a multi-layered, exceptional, and seizing journey with Bluenothing.

The title track is an immaculate monster of depth and profound use of space. Worm have made a name for themselves over the years by captivating with their atmosphere which feels otherworldly as much as it does attractively primal. It really activates the lizard brain when the drums (handled here on this track by L. Dusk) pummel slowly and deeply, warlike and hostile in nature, yet ever so inviting to those of us with proclivities toward the heft that a genre like doom metal so often affords us. “Bluenothing” has many movements within its confines, each more expansive than the last with rich textures of mud-crusted guitars, darkly shimmering synths, and gnarly vocals.

It’s far from the end of Bluenothing’s impressive repertoire as well. “Centuries Of Ooze II” is a sequel of sorts to one of the best songs from Foreverglade (this track and “Bluenothing” were unearthed from that album’s sessions for the record). Where the first “Centuries Of Ooze” was plodding and brutish with its blackened approach to doom metal, the second soars more on the wings of bright synths - the only light you’re ever given in Worm’s dank world. Choral vocals can be heard throughout the song which offers another illuminative peek below the dense, sludgy surface, but it’s fleeting - a tease of something decent in a dirty, corrupted realm. This is still a doom track at its core, funereal and lamenting in tone and execution.

“Invoking The Dragonmoon” is an interlude - a competent one at that - bridging the former two tracks to the final one, an impressive, completely new offering called “Shadowside Kingdom”. Arguably the best song on the album (this and the title track must cage match for the accolade), it’s the album’s sole worship at the altar of black metal, but it’s far from one-note. The doomy, deathed-up soul of Worm’s music is ever present, but what makes “Shadowside Kingdom” special is its melding of those styles. Guitar melodies feel thought out, tailor-made for catchiness and their ability to worm (sorry) their way into your ear. It’s got a symphonic throwback feel as well though devoid of that era’s inherent cheesiness which is a good thing here. The last minute of this song is some of the best music 2022 has to offer. It’s just moment-to-moment goodness that is nearly peerless in execution.

It’s a sign of true quality when the only complaint that could be leveled at Bluenothing is that more is desired. The band were quite upfront in marketing this as a mini-album consisting of four tracks, so it’s not even for lack of information or being misleading - it’s simple: this is stellar work that deserves to be expanded on. Worm have also been open in saying a new LP is well on the way with this project acting as a gate to close off the old and open to a new land of opportunity. Something truly great is on the way perchance and at this rate, there will be a queue to get in.

Bottom line: Really taking in all of Bluenothing’s pungently putrid stylings is enough to make your hair stand on end. The elements are all there: consummate guitar work, stamping drums that press your head beneath the surface of slime, curdling vocals, and atmosphere that conjures combating senses of danger and wonder that pull at the fibers of your being like an existential tug-of-war. Do you explore the depths laid before you, or retreat into what little crevice of safety you can dig yourself into and hope for respite? This is the dilemma that Worm face you with. Either way, you’re lost in their world and at their mercy - you might as well make the best of it.

Worm always been destined for something greater.

Welcome to the new lambgoat where every band gets an 8 unless they're popular, they get a 5.

this shit is corny as f*ck. Phantom Slaughter? ok, dingleberry.

You can't just use perchance.

Did Patrick Bateman write this?

I don't write anything on this site besides commenting about nonsense on the forum.