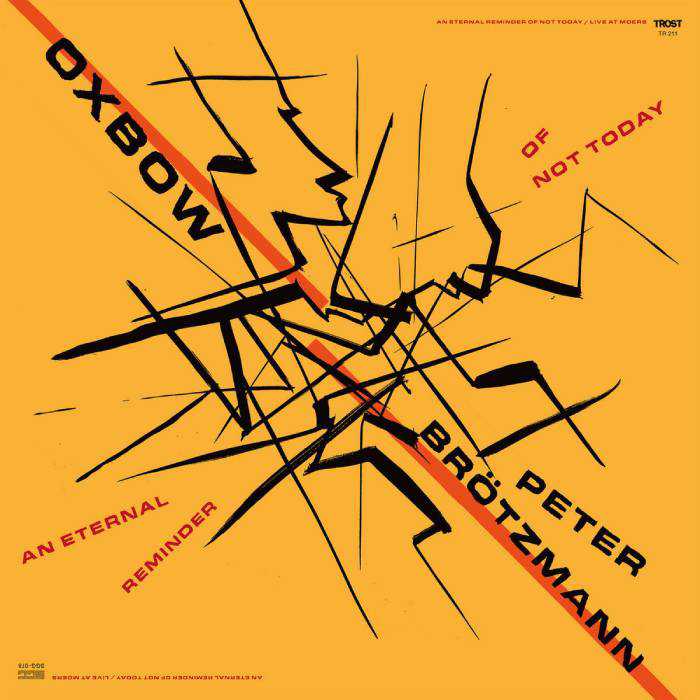 The crossroads of jazz and punk (and punk’s subsequent offshoots) has produced a number of pivotal, influential bands; take Sacharrine Trust, Universal Congress Of, Iceburn, Candiria or Naked City for example. While the two genres may appear polar opposites at their most basic—technicality vs. simplicity; intellect vs. instinct; even well dressed vs. ragged—they share a common ethos for rebellion and experimentation, often with disregard for any commercial consideration. When put into the right hands, jazz and punk have been taken to music’s extremes, with artists daring to push the boundaries of their respective genre classification. 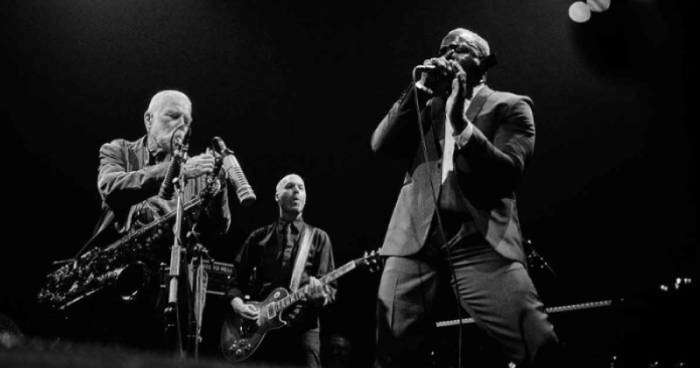 Oxbow is a band that does just that. To call them punk may be a disservice to their output, but the group is no doubt rooted in the scene, having stemmed from the experimental 80s hardcore group Whipping Boy. Their complex compositions color noise rock with shades of blues, hardcore, metal and even chamber music, led by an inimitable frontman in Eugene S. Robinson whose vocals range from hellish screams to petulant whines and fiendish ramblings.

So perhaps their collaboration with pioneering free-jazz saxophonist Peter Brötzmann isn’t that surprising, Brötzmann himself being a boundary-destroying musician. While he helped usher in a newer, more radical take on jazz in the 60s, his late 80s supergroup Last Exit was an unwieldy electric quartet that excelled at extremes—noise, volume, and aggression—walking a thin line between heavy metal and free-improvisation.

An Eternal Reminder of Not Today captures Brötzmann performing with Oxbow on stage at the 2018 edition of the world-renowned Moers Music Festival in Germany where the saxophonist improvises to a set of Oxbow originals that span their then entire three-decade career. The result is a deeply captivating, complex and extremely enjoyable 63 minutes of music.

All eight songs on the record have been previously released on Oxbow recordings, but in the live environment the four-piece band bends and reshapes the original structures, allowing room for their own improvisations as well as for the accompanying saxophonist. With their more avant-garde and free-flowing nature, the band’s earliest material—songs from albums like Fuckfest, King of the Jews, and Serenade In Red—work best in this setting, creating the space for Brötzmann and Oxbow, particularly guitarist Niko Wenner, to weave in and out of each other.

In the album’s opening moments, the saxophonist hangs back, allowing just shy of a minute and a half of opener “Angel” to unfold before casually entering, but as the set rages on, so too does Brötzmann. His fiery playing in “Skin,” a track from Oxbow’s crunchy blues-metal inflected album An Evil Heat, garners applause from the audience during a brief break, and his overblown notes in “Host” push the song into even more deranged, caustic territories.

Throughout the record Brötzmann and Oxbow create an entanglement of sound, interlacing with each other through the ups and downs. “Cat and Mouse” descends into utter chaos, the five musicians releasing an onslaught of noise, while “Over” maintains a semblance of cohesiveness with Brötzmann finding a groove with the band’s rhythm section. Towards the end of “Skin” Wenner and Brötzmann even trade licks, mimicking each other’s parade of notes.

The relationship between Brötzmann and Wenner is certainly the key to the collab’s success, the two playing off each other’s give-and-take, but Robinson’s vocals—his own instrument of destruction—play a role as well. A conventional frontman would seem out of place; too incombustible for the explosion of sound this collective creates. With Robinson’s unique, incendiary approach, each shriek and howl comes as close in tone with the resounding horn as a human could get.

The combination seemingly doesn’t work in every piece, though. “A Gentleman’s Gentleman,” a song from the band’s 2017 album, Thin Black Duke, rushes ahead on a more straightforward structure, it’s urgency hindered by Brötzmann’s wailing sax. The opening half of “The Finished Line,” from the same release, suffers from the opposite, its fragile desperation getting lost in the colliding sounds.

Those are but just a few minutes in the albums runtime, though, and even those same tracks give way to moments of excellence. As “The Finished Line” builds to it’s chaotic crescendo, the collective seems locked in—perhaps more so than ever—concluding in one of the record’s finest moments. As with all improvisational music, the prize often comes if one endures.

Bottomline: If you’ve been following Oxbow’s career, you may have noticed the band trending to more tightly structured compositions, but An Eternal Reminder of Not Today sees the group exploring more free, spontaneous ideas while still in the realm of their songcraft. In Peter Brötzmann the band found a collaborator whose style and musical language could add new dimensions to their songs. It doesn’t matter how different their respective worlds may be, there is a common ground that Oxbow and Brötzmann have fully realized. We should consider ourselves lucky that it was properly documented.

There is no way people actually enjoy this stuff. Just a handful of pretentious jagoffs who convinces themselves they like it cause it's "just so artsy and different" and think they are superior for pretending to like it. 9/10 lol. What a shit review.

Haha this almost reminds me of those shreds videos, particularly the nickelback one. Just as awful but without the funny

Racists be troubled by this review.

I wish I could be half as cool as Colin thinks he is.