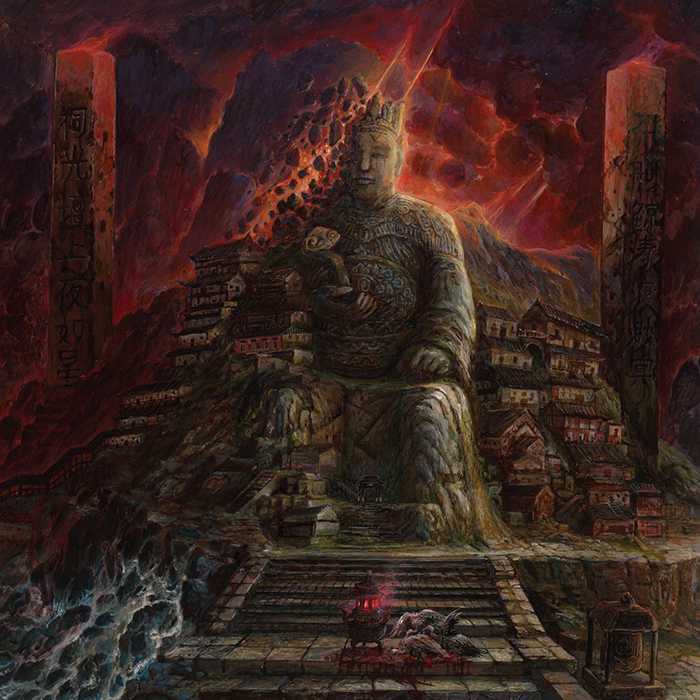 Born as a vehicle for multi-instrumentalist and engineer Andrew Lee, Ripped to Shreds has been in existence for only a handful of years. In the six or so since its inception, Lee has managed to build an impressive following for his band and each album released by the project has been a fine outing of thrash-leaning death metal. 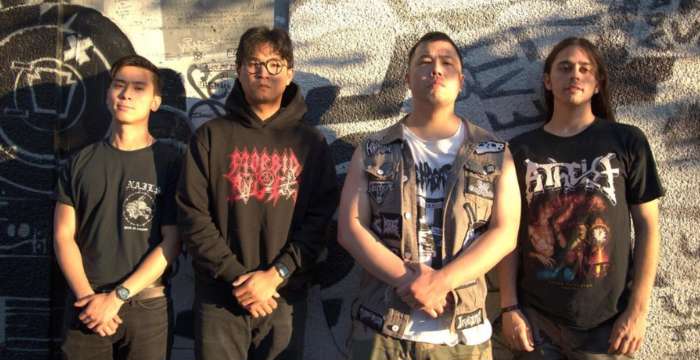 With the newest record, 劇變 (Jubian), the project has grown into a complete live band and, to that end, the writing for the album has shifted to make the songs work in a live setting with the opportunity for more than a single voice to have a say in how they are performed. By no means does this indicate any restraint, though. In fact, quite the opposite is true for this record.

If you’re familiar with Ripped to Shreds, or even Andrew Lee’s solo work on other projects (see: Pharmacist’s Flourishing Extremities on Unspoiled Mental Grounds from earlier this year), you know that he is a force of nature on guitar, and on 劇變 (Jubian) this is no different. Moment after moment of shredding guitars are injected into songs across the entire album. While death metal tends to favor the riff to the solo, Lee manages to avoid the trap of ‘solos-for-solos-sake’ by some magic that only a musician of his caliber can conjure. Each one feels purposefully and tactfully placed.

When this album is at its best, though, it’s not the solos that are leading the charge, it’s the chunky, meaty riffs. Opener “Violent Compulsion For Conquest” finds a way to incorporate all of these elements—and a dozen other staples of good death metal—into a sub-five-minute song that serves as the microcosm for how things are going to unfold from there.

劇變 (Jubian) sounds great across all of its thirty-five minutes, especially so on the bigger, longer songs like the near eleven-minute opus “獨孤九劍 日月神教第三節 (In Solitude - Sun Moon Holy Cult Pt 3).” Each change in tempo, vocal style, and even the rattling guitar tone all get to shine, well-served by a great production that showcases the incredible playing and the tone without squashing it all to hell.

Ripped to Shreds have never been shy about their grind and thrash roots and those influences come through all over the record (In fact, if a band considers themselves ‘ODSM’ but there’s no thrash at all to be found, perhaps they need to revisit where death metal came from—it’s thrash, in case you were wondering). “漢奸 (Race Traitor)” starts out with full on classic gallop that hearkens back to the mid-80s crop of thrash bands before drastically shifting to a drawn out, melodic solo. It’s a risky move and, while the audacity is noted, it does feel slightly out of place and a bit out of step with the song. If that was the intent then mission accomplished, and whether or not this works well is completely up to the listener.

The experimentation present on 劇變 (Jubian), while a worthwhile endeavor, does at times feel like a passing thought and mostly works with the intended effect. What never fails, however, is when Lee and company put their foot on the gas. “Reek of Burning Freedom” and the forty-nine second “Scripture Containing the Supreme Internal Energy Arts That Render the Practitioner Invincible Throughout the Martial Realm” are exhibits A and B as to why. They’re fully unhinged tracks that know their purpose; blunt objects meant for smashing. This is where the album—and by extension, Ripped to Shreds—is the strongest.

Bottom Line: 劇變 (Jubian) is a classic sounding, classic feeling death metal record that more often than not plays to the strength of the now fully formed Ripped to Shreds. Flirtations with experimentation don’t always work great but the album doesn’t lose much by their inclusion. Ultimately what makes this band and album great is the passion, energy, and skill present on each song. This is good death metal.

I could beat up all those nerds in the band and the nerd that wrote this:

How much did this review cost?

anonymous 9 hours ago How much did this review cost? $11 and a free years of access to the lambgoat Patreon.