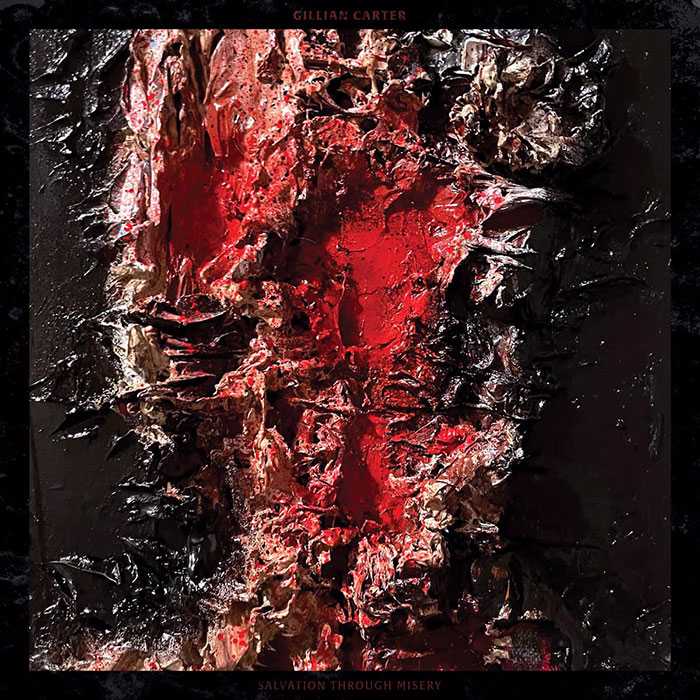 1. Life is Hell, Hell is Fucked 2. Drowning in Poison (Looking for an Escape) 3. The Pain of Being Awake 4. Borrowed Time 5. Serene Landscapes of a Violent Utopia 6. Forced into a World of Shit 7. Lake of Misery/Heart of Hatred 8. Crucified Upside Down 9. Abandoned & Lost in Time 10. Nothing Ahead of Us 11. Living in Isolation 12. Watching a Friend Die
2022 Skeletal Lightning
Our score 8
by Eliot
10/12/2022

Chances are unless you’re the CEO of an online sales hub or a toilet paper manufacturer, the past 2+ years have been rough for you. While I’ll avoid the redundancy of going long-form regarding the pandemic, many lost family, friends, their career, their business, and for those in bands, one of the main creative outlets in performing live. Florida’s blistering metal leaning screamo band Gillian Carter wrote and recorded their new record Salvation Through Misery throughout this time in limbo, and it hits with equal parts pain and frustration as well as with the triumph found in pushing through these feelings and finding yourself at a new beginning. The same could be said for the band themselves, as their latest effort finds them in top form and more focused than ever before. 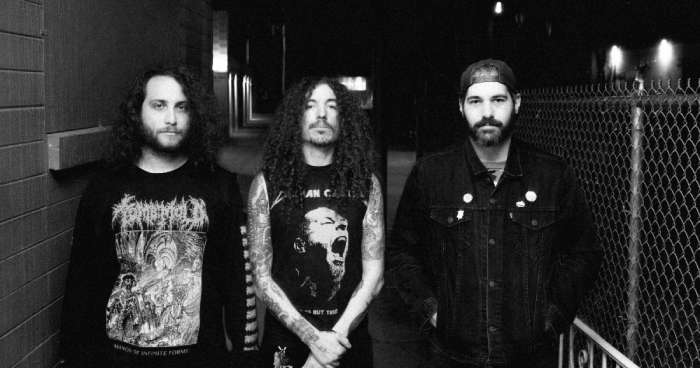 While many listeners might be hearing of them for the first time, Gillian Carter have been an institution in the Florida underground punk and hardcore scene for a decade plus now. Their first full-length The Flood That Came After The Storm was released all the way back in 2007, and throughout the years the band has gone through various lineup changes, with guitarist/vocalist Logan Rivera always remaining the driving force behind the band. While generally staying inside the realm of hardcore/punk/screamo sound-wise, the band’s last full-length from 2018, …This Earth Shaped Tomb, found them experimenting with more metal influences such as black metal and sludge, resulting in a shift in dynamics that was further reflected in the band’s tense, white-knuckle live performances.

Salvation Through Misery pushes the band even further into this heavier musical space, opening with a chaotic swell of drums, screams and low end, leaving little room to catch your breath from there. The breakneck assault of this album is absolutely relentless and brings to mind the classic chaotic hardcore of legends Ampere and Orchid along with the wall of towering sound that a band like Full of Hell consistently turns heads with. The result is a consistently visceral and engaging album that makes its mark instantly and continues to hit harder with each subsequent listen. When the band does veer towards melody, it’s usually in the form of a brief atmospheric break between songs or a beautiful melodic guitar part that cuts through the chaotic drumming and high-pitched screaming like a light through darkness—instantly memorable and showing the more hopeful side of the band in the process.

Recorded over 2 years in various studios and with various contributors in regards to the drums (including Rivera himself on a few songs), it’s a testament to the band’s creative vision that it all feels like it could have been one session. Nothing feels disjointed or out of place here, and with 11 songs running just under 20 minutes, no single riff or idea overstays its welcome. Recording wise, the album does a great job of capturing the insane energy put into the band’s live performances, no small feat as the band’s live presence is consistently exciting and mesmerizing.

Bottom Line: An absolutely explosive salvo that explores the pain and frustration of loss over the last two years and in general, Salvation Through Misery stands as a new high mark in Gillian Carter’s discography and an album that’s sure to win over many new listeners. Hard hitting and intense from beginning to end, it’s a clear reminder of why the band has stirred up so much excitement from both new and old screamo fans alike.

I love this band. Sparks to the sky is a banger

Will check this out. Hadn't thought of Ampere in ages. Now I'm listening to Wolves & Transistor Transistor.

Wish this didn't sound like it was recorded second hand though a phone off a stereo actually playing the music.