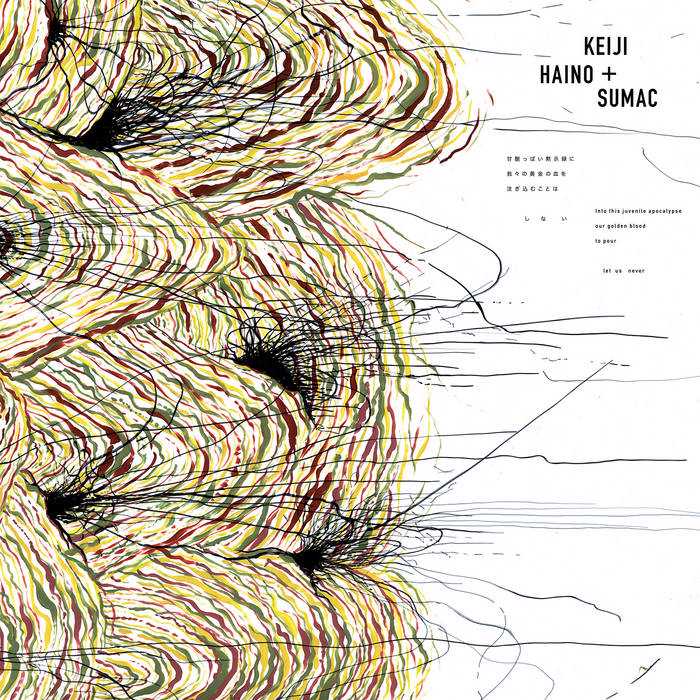 Since their 2015 debut, The Deal, SUMAC has continuously been a boundary-pushing band, taking heavy music into new and interesting territories. Given the volume and minimalist nature the reference point may be doom or post-metal, but with a lineup composed of some of underground music’s most forward-thinking artists—Aaron Turner (ISIS, Old Man Gloom), Brian Cook (Botch, Russian Circles) and Nick Yacyshyn (Baptists, Genghis Tron)—the band has employed a mission of exploring limitations as both individuals and as a collective unit that has seen them expanding beyond the confines of any genre tag. 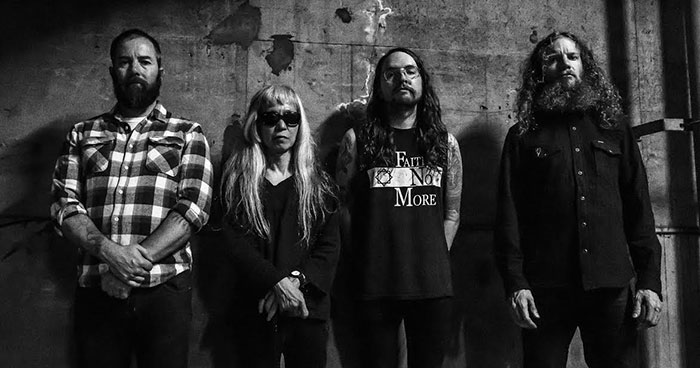 Take for example their 2020 released album May You Be Held, a record that found the three-piece embracing the free-improvisational techniques they had originally demonstrated while collaborating with experimental artist Keiji Haino. The result was their most ambitious—and impressive—batch of songs, straddling a line between metal and avant-garde, allowing the natural chemistry between the members influence the direction of the material.

Into This Juvenile Apocalypse Our Golden Blood to Pour Let Us Never sees SUMAC linking up with Haino for the third time, capturing a one-off performance from May of 2019. In this quartet arrangement, the band approaches the music with a purely spontaneous attitude, entering the venue free of any pre-conceived constructs or compositions. As catalysts to the unknown the band feeds off each other, acting and reacting to create soundscapes both ethereal and horrific.

A common deterrent to free-music, something SUMAC and Haino seem to avoid on Into This Juvenile Apocalypse… is that the ultimate realization often comes with the price of the pursuit. While the musicians push and pull and weave throughout each other’s contribution, always searching for moments of common ground, the casual listener can often be left in a state of confusion or even annoyance, but here the four-piece avoid any moment of true blunder.

Instead, they coalesce into an amorphous entity, feeding off the sounds each provides. The serene, meandering guitars of opener “When logic rises morality falls Logic and morality in Japanese are but one character different” lead the group through a series of peaks and valleys, while Turner’s gutterals become an instrument of their own in the more ragged, noisy “A shredded coiled cable within this cable sincerity could not be contained.” On “Because the evidence of a fact is valued over the fact itself truth??? becomes fractured” the band creates a sprawling ambient backdrop for Haino’s ramblings, resembling some of Attila Csihar’s work with Sunn O))).

While the riffs lead the charge in the trio setting, Yacyshyn serves as the anchor in the improvised version. His varied percussion, while certainly free of rhythm, maintains a close semblance of a beat, holding the music together. His frenetic approach to album closer “That “regularity" of yours, can you throw it further than me? And I don't mean “discarding” it” carries the blast of chaos as the band descends into utter noise and static. Elsewhere, in the more fragile moments, Yacyshyn hangs back, accenting the other SUMAC members.

Haino’s presence seems less pronounced, or perhaps better worked into the overall nature than on their previous efforts. Into This Juvenile Apocalypse… comes off more as a group effort than a collision of ideas. Perhaps it’s due to a growing familiarity amongst the musicians—the ability to anticipate what may come next, or a stronger sense of give and take—but even in the harshest moments, SUMAC and Haino sound entirely in command, with a collective aim to the sounds they are producing.

Bottomline: Into This Juvenile Apocalypse Our Golden Blood to Pour Let Us Never isn’t an easy listen, but it’s not meant to be. This is a primal, innate approach to creating music, one that demands as much from the listener as it does the artist. Those willing to go out to the far reaches of sonic exploration will find reward because Haino and SUMAC are more locked into each other than ever.

Shut the f*ck up, Colin.

The dude the wrote this definitely buys hats at Goodwill