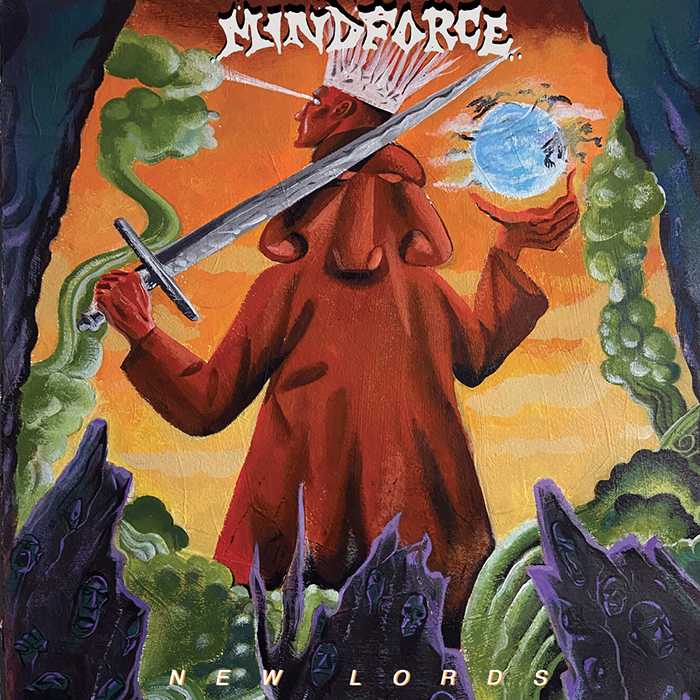 Innovation may be a great and certainly a welcome thing in music, but not every band needs to reinvent the wheel with a new release. With all that excitement that can come from a unique sound, there’s also a lot to be said for a band playing to their strength and releasing something showcasing the very best of what they have to offer, played with passion and intensity. Such is the case with New York hardcore band Mindforce, who follow up their excellent 2018 debut LP Excalibur and follow up 2020 EP Swingin’ Swords, Choppin Lords with New Lords, long awaited in hardcore music circles as the band has spent the past 4 years turning heads with a high energy live show and built themselves up as a headlining act at festivals they would have previously opened. 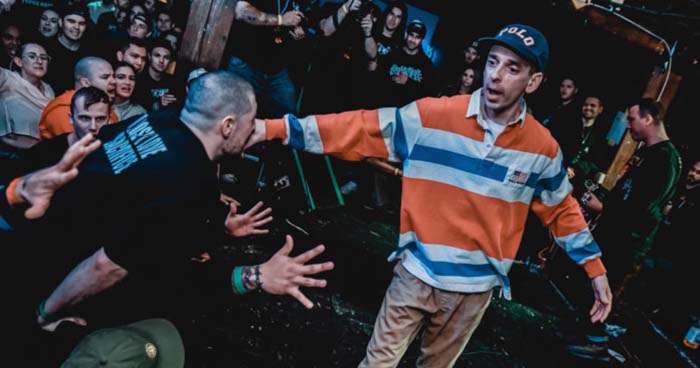 advertisement
For those that may be unfamiliar, Mindforce play fast paced heavy hardcore with a healthy dose of metal leaning influence, specifically in the thrash based guitar playing that permeates the majority of their songs. It’s just as likely you’ll hear a shredding guitar solo alongside heavier mosh parts, sometimes all at once. The band also pulls liberally from classic punk and hardcore, with the mid range shouting of their vocalist Jason P and most songs blazing by in a flash, the majority under the 2 minute mark and some even shorter. Devoid of filler or standard mid album instrumental tracks, the band rages relentlessly through the 10 songs on New Lords and waste no time on their end or the listeners, and it’s a better album for it. From the fast paced opening of the title track to the crushing final breakdown in last track “Rotten” , It’s clear the band plans on taking no prisoners here.
advertisement
While similar musically to their past output, there is no denying that the band sounds bigger and better than ever on New Lords, thanks to production from Taylor Young (known for working with and in some cases playing in bands such as Nails, Twitching Tongues, and Xibalba) and mastering at the infamous Audiosiege Studios. The result is an album that sounds just as massive as the riffs contained within, hard hitting and clear while still maintaining the raw intensity of their live shows. That clarity also puts a bigger spotlight on the band’s catchy, intricate guitarwork, reminiscent of classic metal influenced hardcore bands such as Leeway and Maximum Penalty. The overall brevity of the album works to it’s advantage, with plenty of moments that will be stick in your head immediately and have you coming back for more as soon as it’s over.
advertisement

Bottom Line: With New Lords, Mindforce have delivered exactly what their fans anticipated with a new set of ferocious, anthemic metal leaning hardcore songs that will undoubtfully open massive pits throughout the world wherever the band hits the stage. It might not be anything particularly fresh, but it’s hard to fault the band for honing in and perfecting their strengths, delivering arguably their best material so far in the process.

I'm not that into it on the first listen. Excalibur is better/

It's a a lot more crossover than the last one

can hardcore bands just go back to stupid photograph album covers of them trying to hump their microphones, instead of D-grade metal art?