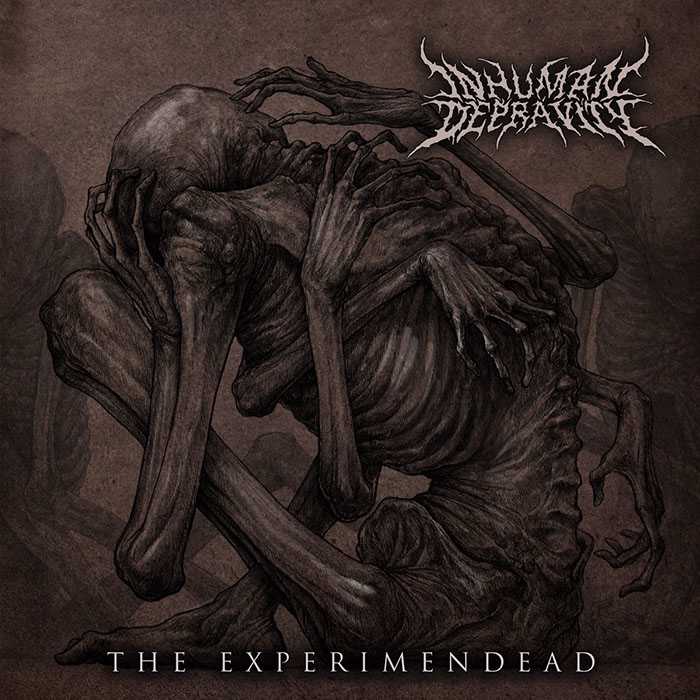 When discussing the sub-genre of "technical death metal" there are mostly two opposing schools of thought: it is either the logical extension of its parent genre and a driving force in modern metal, or an entirely self-serving affair of "music for musicians." Which side of the fence one finds themselves on might be influenced by generational differences, or perhaps it can be boiled down to a more general preference between tradition and modernity. Turkey’s Inhuman Depravity might just have what it takes to bridge the divide between these two seemingly contradictory ideologies. 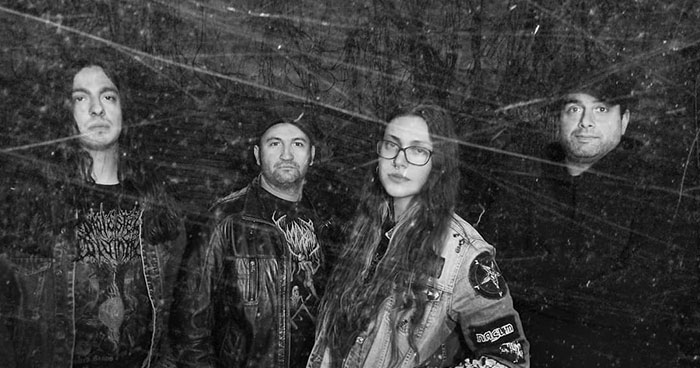 The Experimendead is only the band's second full-length release, but it shows an almost veteran level of confidence and purpose. Inhuman Depravity sound very comfortable with the style and sound they present here, yet they also display a certain gusto that is more representative of hungry young musicians who are ready to take on the world. Although the guitar tones and vocals may seem par for the course upon first listen, they too have a subtle edge that slightly elevates them above being merely "standard" (of course, within any subgenre, a certain sameness of overall presentation is to be expected). That being said, it's the songwriting that truly shines on this brutal tech affair.

The riffs on this record operate on a careful balancing act between the wild and the expected. Even when throwing out a stock tremolo riff or the occasional classic thrashy part, guitarist Murat Sabuncu still knows how to catch the listener off guard with a mysterious ringing chord or some stop/start rhythmic trickery. Names could indeed be dropped - Suffocation and Decapitated certainly come to mind - but there is a stylistic flair here that seems as uncharted as it is familiar. Even the wackiest transitions on this album sound incredibly fluid and dynamic. Also of importance is the use of various techniques to create strong moments instead of relying on a limited bag of tricks to dazzle the listener with little regard to songcraft. There may be no huge shred parts, but when the solos do pop up they're a lot like the riffs: a little weird, but just right.

Other instruments get their time to shine on The Expirimendead as well. Naturally, there are a few bass highlights, but without any sense of gimmickry; you could not accuse Inhuman Depravity's bassist of "noodling" anywhere in these songs. The band utilizes a few effective drum breaks as well, and while the volume of the kit might betray the otherwise even production, it is never so distracting as to disrupt the atmosphere of the music. The vocals from Lucy Ferra stick to a largely barebones approach in that there are very few extra layers, if any at all. A standard growl will always get the job done, but this vocalist knows exactly when to get more intense to maximize the impact of the kick-ins and breakdowns. Modern tech enthusiasts might lament the lack of a rapid-fire delivery in the vein of Archspire and Origin, but there are enough changes in rhythm and inflection (however subtle) that fans of both the old- and new-school should remain engaged throughout the album.

As previously mentioned, the production is mostly evenly balanced with a slight priority given to the drummer. Any seasoned metalhead is probably acutely aware of death metal's drum production woes, so this may not even register as noticeable to most of those who will likely check it out. The overall sound is clear enough to discern even the murkiest note clusters of the more brutal death-inspired riff patterns, yet organic enough to sound like a band that you could still catch at the local metal club. Instead of force-feeding the listener with every dazzling feat of musicianship by shoving it to the front of the mix, the engineers (who also performed drums on the record) opted for a more measured approach that doesn't give everything away on the first listen. To top it all off, the samples that bookend the album grant the first and last tracks a little extra memorability and are very effective in adding to the horrifying atmosphere.

Bottomline: The Expirimendead (perhaps an awkward title, but still memorable) is more than a strong showing from Inhuman Depravity and Gruesome Records; it is almost a modern classic in its field. This record has something for everyone on either side of the tech-death debate and especially should appeal to the centrists who like it all. Yet, the old cliché "jack of all trades" never once comes to mind while listening. This relatively young band displays a proficiency that borders on mastery. Of course there are some flaws to pick out on principle: the drums might be a touch too high in the mix, the vocal element could have included a little more variation or even one stupidly obvious vocal hook à la "Once Upon the Cross"... but these criticisms should be largely inconsequential to the average death metal listener. Although there are no truly mind-blowing moments on The Experimendead (aside from the oddly consonant moment in the middle of the song "Death 22" which will certainly turn some heads), the many peaks and valleys should at least warrant more than a few spins and the 33-minute runtime only reinforces that. Perhaps the next effort from this band will be the true groundbreaking classic that is hinted at on this release.

Incredible music right here. And a hot chick as a singer. Perfect!

Kyle drank up all the monster energy drink while writing this review.

Was not expecting that her voice to sound like that. Pretty bad ass