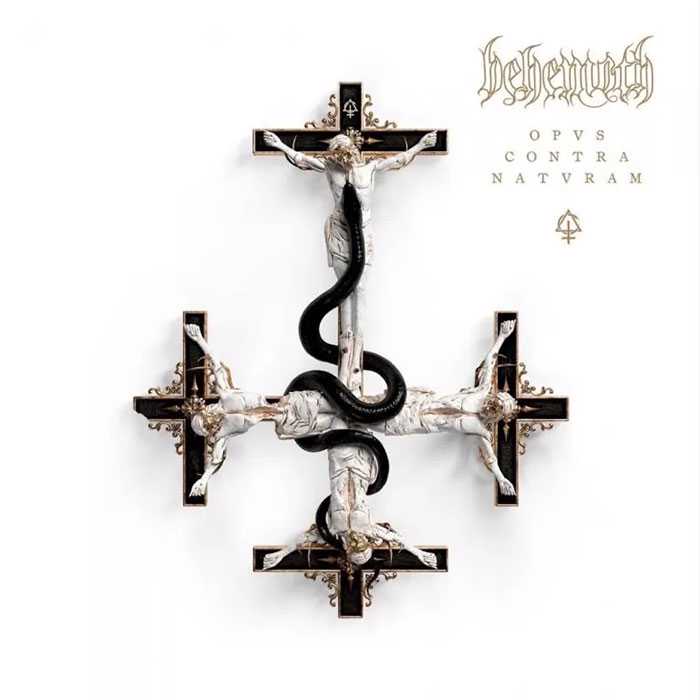 It has been around four years since Behemoth released their last album, and eight years since they’ve released a good one. 2018’s I Loved You At Your Darkest was, by most accounts, not a bright spot in their discography, but its predecessor, The Satanist, is widely seen as one of the finest metal records of the new millennium. So, will Behemoth bounce back after a slight misstep or continue down a path of style-over-substance mediocrity? 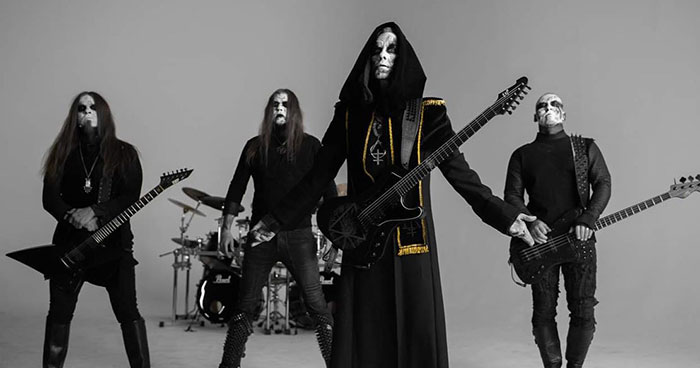 There’s no denying that Behemoth have had quite a journey since their early days with their lean black metal roots giving way to beefier production style and, for better and sometimes worse, higher levels of theatricality. Albums such as Demigod and Evangelion are fan favorites because the balance between the old and new approaches was well-struck, whereas I Loved You At Your Darkest seemed to tip the scales too far in one direction. On Opvs Contra Natvram, Behemoth is righting the ship by scaling back the vaudeville and bringing back some of the raw aggression that made them the powerhouse to begin with. There are, of course, still moments on the album that border on self-parody, but in general, the gravitas has returned.

After a somewhat slow-burning opener, it is “Malaria Vulgata” that is the first track to feature this scaled-down, lean aggression. Inferno’s drumming is, as always, the backbone to this two-minute scorcher, and the tom work is a breath of fresh air in a genre where the snare gets all the glory. Placing a song that feels this aggressive near the top of the tracklist is a statement that they can still rip and tear with the best of them, and frankly, that seems to be the goal of a lot of this album. There are some absolutely furious moments that evoke the strength of their previous work without fully abandoning the more recent version of themselves. “Ov My Herculean Exile” still has the pathos that one would expect of Behemoth in 2022 but it’s quickly balanced out by the songs “Disinheritance” and “Once Upon A Pale Horse,” the latter being a real standout track on Opvs Contra Natvram.

What has always made Behemoth great is the commitment to their vision. Whenever they find a lane, they put their foot to the floor until they decide to divert to another path or forge an entirely new one. On their twelfth full-length album, they are still just as committed and seem to have regrouped after faltering a bit on their last outing. While there are definitely moments that don’t fully work as intended such as the spoken word segments on the closer “Versus Christus”, it does feel like Behemoth have felt that outer boundary and have course-corrected enough to get back to doing what they do best: blasphemous blackened death metal.

At this point, there are things that are expected from Behemoth, but as is often the case it's the unexpected things that work the best: the groove found in “Once Upon A Pale Horse”, the moments of “Neo-Spartacus” where the bass and drums take the helm, and the variety of new vocal techniques that Nergal employs. All of this variety insists that the listener stick around to see what happens next. Though not everything works (are we still trying to make a children’s choir cool?) I applaud their effort to continually push themselves and expand on their creative approach.

Bottom Line: Since 1995 one band has been committed to being the loudest and angriest antichrist in the room. Behemoth have morphed and changed over the years and on Opvs Contra Natvram, they have reached back in time and pulled from some of their best work, injecting it into their current architecture. While not every aspect works as intended, and a grittier production would serve the subject matter well, it’s safe to say that Behemoth are still masters of their witchcraft and any thoughts of them slacking off should be shelved.

Behemoth was good at one time, but not now. This album sucks.

Will have to check this out at the least. I loved Evangelion, Demigod and The Apostasy. Fantastic albums. The Satanist was pretty good as well. Their last album I barely touched though. Can't say that a cared for any of the songs I did listen to.

Children choirs are still cool and creepy in black metal, especially if it makes you to think about corruption the in the church. The reviewer is too cool for school. Hipster gheeeeyyy!!!

Every album is an 8 at lambgoat. Unless it's Colin trying to be cool and giving a good album a 6 or a bad album a 9 cause he's so non-conformist.

You think this album is satanic?

"You think this album is satanic?" Yes, everything they write invokes Satan in some sense. They are all unapologetic Satanists, pretty gay, but that's the cocksucker they represent.

They don't care because they praise a genderless buttf*cker of an entity.