Bloodbath Survival Of The Sickest 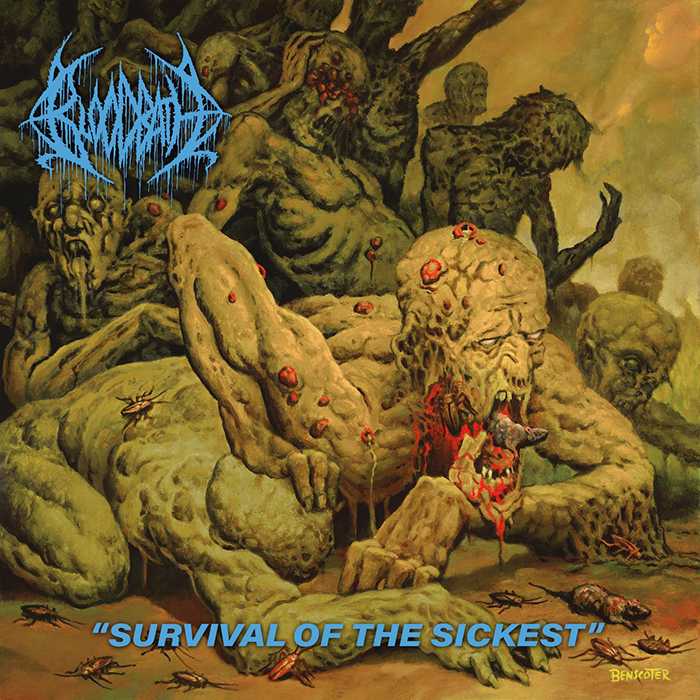 Six albums in and Bloodbath have proven to be an absolute mess of a band—you know, in the cool, splattered gore kind of way. The group has featured three different session vocalists and a few rotating instrumental positions throughout their time, and even with Katatonia members Jonas Renske (bass, backing vocals) and Anders Nyström (guitar, more backing vocals) as the mainstays since their inception, the band has still metamorphosed into different forms over the years. Long gone are the thick, crunchy guitar tones of Resurrection Through Carnage for example. 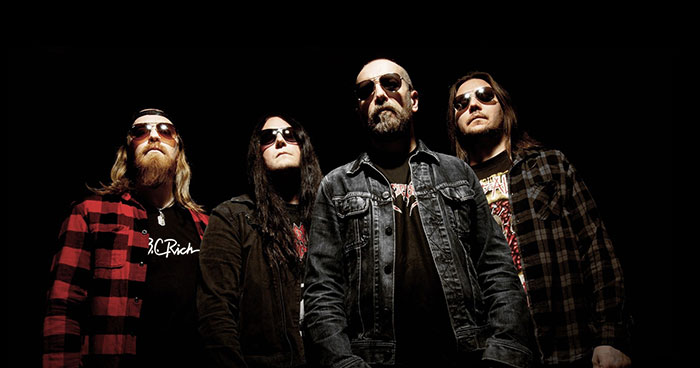 Survival Of The Sickest sees the killing spree continue on unabated though, as “Old Nick” Holmes (Paradise Lost) settles in for his third album on the mic. To be honest, he’s always been a hard sell for me, but Mikael Åkerfeldt and Peter Tägtgren are also incredibly difficult to follow up—nigh, impossible—to upstage. Still, we press on, because death metal is death metal, and Bloodbath have been a household name among the initiated for a while now, and that ain’t gonna stop any time soon.

To be upfront here, Survival Of The Sickest is the best current-era Bloodbath album by a fair margin. Listening along, you get the sense that some thought and power went into the formation of these tracks. If you were put off by the first single “Zombie Inferno” and its admittedly by-the-number approach to the genre, there’s still plenty worth your time in the mines of the album’s deep cuts. “Dead Parade” for instance is an elephantine, slow cut, almost doom-like song. The groove on this track is massive—Martin Axenrot’s double-bass drumming is stampede-like, the fretwork on here makes nodding your head mandatory, and the progression of it all is fun and well-earned. “Affliction of Extinction” and “To Die” earn similar accolades with varying tempos deserving of a listen or three.

“Carved”, the album’s second single, has Bloodbath putting on a white doctor’s coat and scrubbing up to go into surgery, Carcass style. It’s not imitation, but rather a permutation of surgical savagery, and they brought Luc Lemay of Gorguts (guitar/vocals) along for the ride. It’s understandably gruesome—both the lyrics and the instrumentation—with a chorus that bores into you like a bone drill, the descending guitars conjuring that dreadful feeling as if you were on the butcher’s block yourself. Other cameos from Napalm Death’s Barney Greenway and Morgoth’s Marc Grewe are abound, but I’ll leave you to find those on your own like little rotting easter eggs.

What I really wanted was more of “No God Before Me”, the album’s closer. Like “Dead Parade”, it takes its time washing over you, elevating what could have been standard fare death metal with choral vocals on the hook, a proggy structure and an atmospheric ending to form one of the best Bloodbath tracks I’ve heard in years.

It’s no secret by now that Bloodbath aren’t looking to reinvent the wheel with Survival Of The Sickest. Just as with previous work, to varying degrees, the fivesome are out to wreak bloody destruction upon us all indiscriminately, fantastically and based in loose reality alike. You know in Diablo II how the Necromancer class can explode corpses to summon skeletons to fight for him? It’s kind of like that, just with more riffs and growls. It’s flashy at times, consistent to a fault, but ultimately something entertaining to fill the ear holes and the holes in your perforated torso.

Bottomline: Survival Of The Sickest is death metal through and through—a “damned if you do, damned if you don’t” affair as far as sticking to tropes and well-laid paths. This is about as hungry as I’ve heard the band in quite some time, but playing the straight man in a genre like this nowadays is tougher than before. Fans will love it, and that was definitely the point from the start. You too can join if you count yourself among the sickest.

Looking for Cheap Birthday Gifts Same Day Delivery to India? You must get it from this gift store only. They have all kinds of birthday gifts available at their store. Just because of them I was able to startle my family and relatives on their birthday. Source: www.gifts-to-india.com/birthday.asp