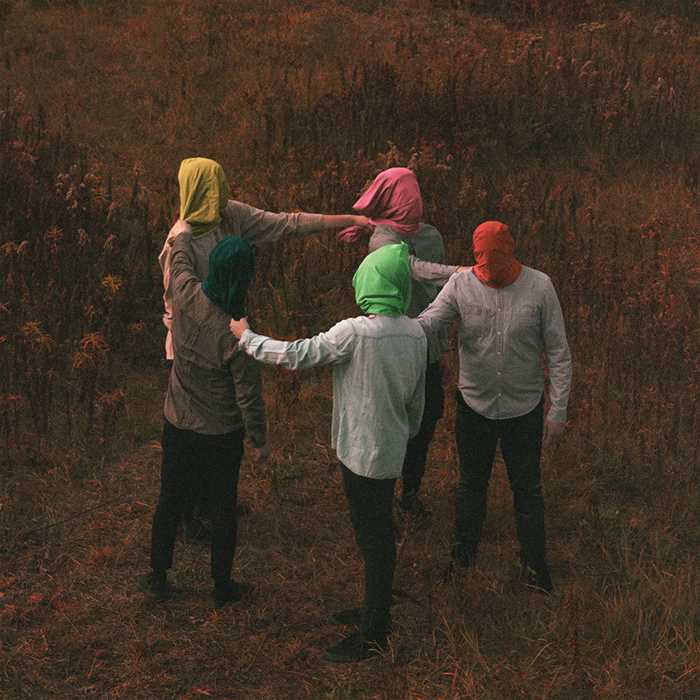 The past 3-4 years of extreme music have certainly been interesting. Many bands have risen far past the underground and into a more mainstream spotlight, and genres of all kinds have been fused together, and at times disregarded completely. Despite this, the cyclical nature of popular music trends still remains in the underground, for better or for worse, as some may argue.

In this sense, it’s unsurprising that chaotic hardcore, or what some would endearingly call mathcore, has come back in a big way, both with the rise of new era bands and the return of the forebearers of the genre. I mean, hell, we just got a new Botch song in 2022 and Deadguy is working on a split with the also legendary Pig Destroyer.

It’s a good time to be a fan of the more insane, oddly timed heavy music that reaches far outside the genre-typical checkboxes, and Celebrity Therapist, the new album from Atlanta’s The Callous Daoboys, is about to turn that good time into a full-on blackout rager with an album that ups the ante of everything that made their 2019 debut full length Die On Mars such a head-turning record. 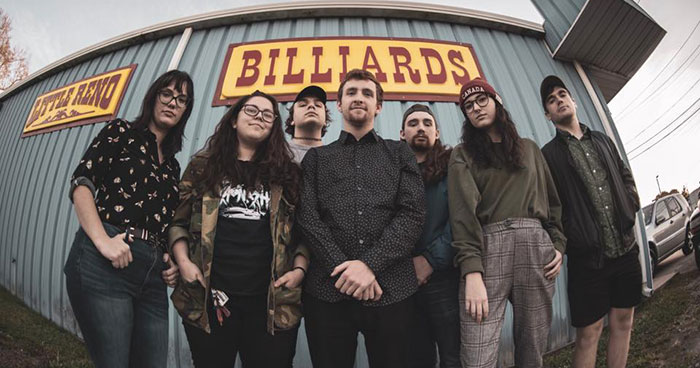 While certainly an accurate starting point in describing the band’s overall approach, mathcore doesn’t begin to cover the range of sounds explored and deployed on this record. Take the blunt mathematical force of a band like Car Bomb, the chaotic outbursts of The Dillinger Escape Plan, and the infectious rock and roll swagger of Every Time I Die and you wouldn’t be far away from nailing the sound down, but then, at the drop of a dime, the band will veer into a melodic passage/section that wouldn’t sound out of place on a Panic At The Disco song.

Sure enough, there are plenty of bands that have taken the any and everything goes approach to metalcore to various levels of success, but I’ve got to say I’m hard-pressed to think of a band that’s done it in such a seamless and organic fashion.

Everything on Celebrity Therapist feels meticulously crafted, and it’s obvious that a tremendous amount of thought went into the songwriting and overall flow of this album’s 8 songs. There are a lot of layers to every song and repeat listens consistently bring new wrinkles and surprises to the table.

It can be a lot to take in at times, and surely those looking for a record offering nothing but heaviness might be put off by the band reaching into more melodic or even pop territory, but these moments are far from the “hey, look what we can do!” attitude that can trap many heavier bands when they reach into other genres outside of metal. Nothing here sounds out of place or thrown in for the hell of it, and that in itself is quite impressive.

There is much praise to be said for vocalist Carson Pace as well. His impressive vocal range and insanely high-energy performance is a perfect match to the musical chaos put forth by the band’s rhythm section. Beyond the piercing mid-range screaming that sounds like he’s been lit on fire during the band’s heavier moments, at the drop of a dime he can also reach deep into a fever-dream-like state of weirdness, bringing to mind legendary vocalists like Mike Patton and Greg Puciato, while also putting his all into more melodic/peaceful moments with soaring harmonics that most indie/pop punk bands would legitimately kill for.

The album’s lyrics match the music’s intensity, looking outward into the obviously shitty state of the world, but inward at Pace’s own life/personality as well. Lines like, “Your punisher skull on your ford and your Facebook wall, everything you share is to reinforce your worldview, No one will muzzle you like I will with my own bare hands” on the opening track “Violent Astrology” manage to both incite the personal frustration Pace so clearly feels while also being hysterical in its own right. Other moments on the record dance the same line between being outlandish and hitting hard personal nerves, and certainly the broad spectrum of emotion in the lyrical content matches the musical content and enhances it further. I would urge you to take a look at them yourself when listening.

Bottomline: Celebrity Therapist is not only a huge step up from Die On Mars, but it’s also an album that possibly stands to make a permanent mark on the current heavy music landscape. With this album, The Callous Daoboys have shed the limitations that can come with base comparisons to their peers and influences that they gained with their first full length, and stake a claim at becoming their own wholly unique entity. There are some fans of heavier/more chaotic hardcore that might scoff at the more melodic material this record dives headfirst into, but it’s hard to deny how well the band pulls off the combination of sounds into something that sounds organic, fresh, and frankly, not quite like anything else currently out there. It stands as an essential listen to anyone interested in extreme music reaching outside the box.

Lines like, "Your punisher skull on your ford and your Facebook wall, everything you share is to reinforce your worldview, No one will muzzle you like I will with my own bare hands" Not with those wrists he isnt

Everyone should be a feminist. If you don't stand for womxn you're doing it wrong. I'm sorry your mom was a shit head or some girl broke your heart when you were 16 but maybe it's time to grow up and not project for pain on everyone around you. Zoom out little boys.

Men who aren't feminists are all about what words actually mean, and the modern implications. 1x zoom.

Hmm,want to dig this but it's too corny. Their obnoxious wanna be cuteness is embarrassing and cringey, but then a part comes up that sounds cool. Also with that punisher sticker line, who the f*ck is this guy choking out? Posers

Listened to the sample track and it reminds me of Calculating Infinity era Dillinger. Not bad but not terribly innovative or original either I would probably give it a 6.

anonymous 5 hours ago They Callus Gayboys ^^ What an incredibly intelligent comment. You must have taken a break from your 6 figure CEO job to type that.

Just got mine in the mail yesterday because Amazon doesn't seem to know what a preorder is! Anyway, I love the shit out of this album! I knew I would probably like it but was unprepared to like it so much!