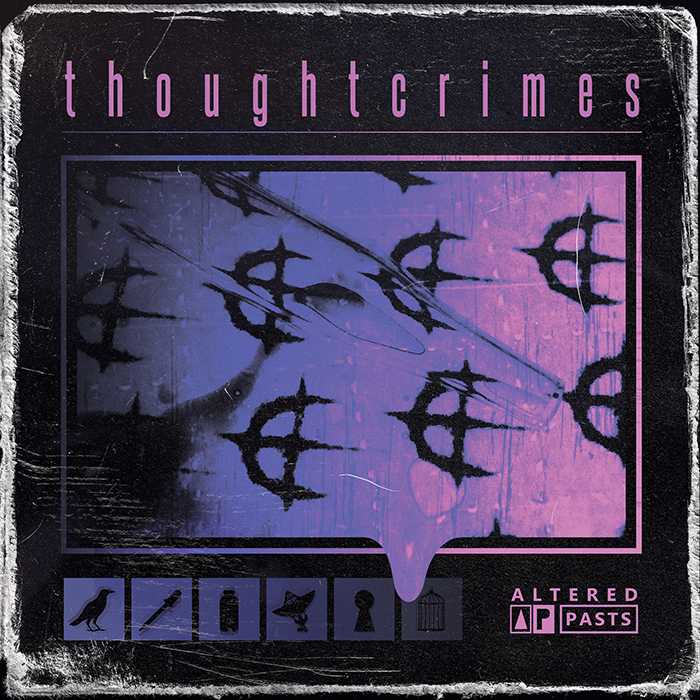 In 2019 thoughtcrimes released their debut EP, Tap Night, a four-song jaunt that found ex-Dillinger Escape Plan drummer Billy Rymer stepping out from the kit, writing material on guitar along with fellow six-stringer Brian Sullivan. The result was a collection of songs that sounded perhaps-not-so-oddly familiar. While comparisons to Rymer’s former band weren’t unwarranted—the DEP shadow would have loomed large even if the music didn’t draw from a similar well—the record did show some hints of a new group forging their own identity. 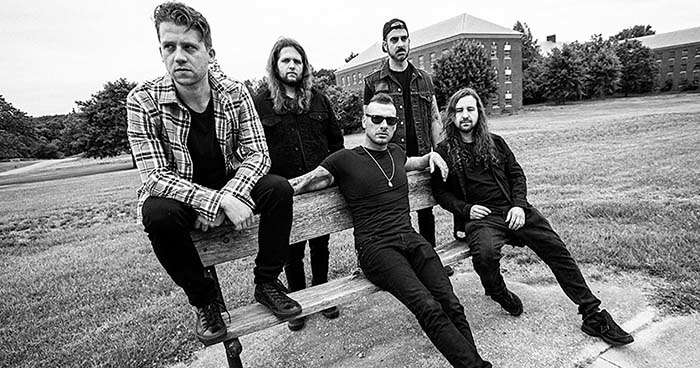 On Altered Pasts, the band’s first full-length record, thoughtcrimes build off a similar base. The eleven songs on the album run the gamut of frenetic hardcore and airy atmospheres, but the group never seems to stretch beyond the foundation of Rymer’s past.

thoughtcrimes are at their strongest during their most frenzied and chaotic moments, perhaps mostly due to Rymer’s frenetic drumming. His ability to creatively and seamlessly switch between complex rhythms drives the heavier side of the material. The frantic opening of “Panopticon” is perhaps the best example, an off-time, grating attack of percussion that matches the discordant chords that ring in the album.

Throughout Altered Pasts, thoughtcrimes keep the noisy grind in their back pocket, returning to it whenever things stray too far outside of what appears to be their comfort zone. When they do look to stretch out, it often comes off as a bit derivative. When the group slows down, Rick Pepa’s vocals take on a breathy croon akin to Deftones’ Chino Moreno. A nod to one of the most influential singers in heavy music is certainly not a problem, but it feels a bit cautious for a band built on controlled chaos. The entire run-time of “New Infinities,” with its slow, chugging pulse even sounds like it could have been off the Palms album—another Moreno-fronted group.

Another issue with Altered Pasts comes when the middle section of the record halts to a crawl. Starting with the aforementioned “New Infinites,” the following tracks take on an awkward shift. The title track is a short, programmed drum beat-based interlude that leads right into “Dare I Say,” a song that never delivers on the promise of it’s Botch-like opening riff. “Hai un Accendino” is a spacey piece that hovers just below a spoken word passage; a piece that would have been better utilized in the middle of a song than as it’s own track.

That’s not to say that Altered Pasts isn’t an engaging listen, though. The front and back sections that bookend its awkward middle offer enough compelling moments to warrant a listen. The guitar work of Sullivan and Russ Savarese is as impressive as Rymer’s percussion and thoughtcrimes can certainly write a more interesting song than the bevy of “tech” bands that overtook the post-Calculating Inifinty hardcore scene. It’s just that it comes off as too familiar, and perhaps too safe, especially for a band with the talent they possess.

Bottomline: It’s hard not to harp on the fact that thoughtcrimes sound similar to The Dillinger Escape Plan in many ways. It also doesn’t help the band’s cause that when they do step outside of that style, they sound eerily similar to other established acts. The musicianship on Altered Pasts is outstanding, but unless you’re longing for the unrealized follow-up to Dissociation, it falls a bit short.

Sorry you had to listen to this.

I'd rather listen to this lame album than read this shite review about it.

this band is sick. whoever wrote this review obviously had some kind of personal issue.

"band doesn't go far enough out there", did you miss the orchestral breakdown in the video you shared? Hunter biden wrote this article.

Whoever wrote this must be the goon who butchers the news articles too.

I instantly knew I was gonna love this album even before listening to it because of the high level of bullshit in this review.

Reviewer was dead on - they bring absolutely nothing new to the table. The riding off the DEP name is exhausting at this point and if Billy Rymer wasn't in this project no one outside a local small town club would be paying attention. At times, yes his drumming is impressive. In case just listen to the other band he is currently in called END who clearly work better for what makes him a great drummer. Thoughtcrimes is a snore fest using name dropping, egotistical press releases, label payola and cheap imitations of other bands sounds.

This is a really good album. Much better than most of the trash coming out these days. most lambgoaters have shit taste in music. they shovel too much soy and have man boobs.

Reviewer was dead on - they bring absolutely nothing new to the table. The riding off the DEP name is exhausting at this point and if Billy Rymer wasn't in this project no one outside a local small town club would be paying attention. At times, yes his drumming is impressive. In case just listen to the other band he is currently in called END who clearly work better for what makes him a great drummer. Thoughtcrimes is a snore fest using name dropping, egotistical press releases, label payola and cheap imitations of other bands sounds. ^^ ultra militant passionate review, checks lambgoat every few hours for a snappy comeback

As a drummer, I can listen to the Dillinger style songs all day. That Deftones sounding song, not so much.

Like most Lambgoat content, this review is utter shite. Yes there are elements that might be described as Dillinger-esque. Yes their drummer sure has a lot of side projects. But I'd argue this is more listenable than TDEP, and the fact it has Chino/really more Jerry Cantrell-esque cleans at times, WHO CARES? We're in a nu-metal revival right now and it f*cking rules to hear influences like that in an album like this. This is a masterpiece of a CONCEPT album, the band should be proud.