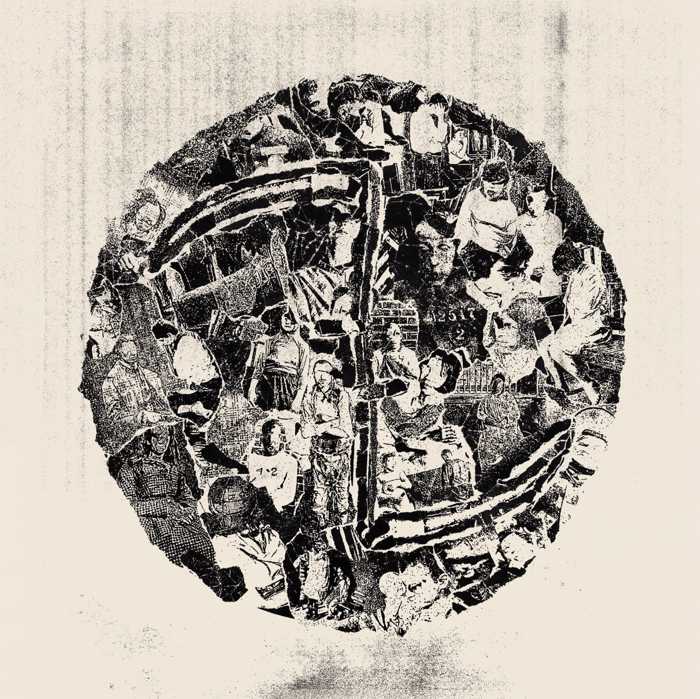 The Midwest is known for being noisy. Whether from Ohio, Minnesota, or Missouri, the area has consistently churned out music that has been loud, grimey, and sonically jarring, creating unique styles that often fuse elements from both coasts with their own regional sounds. From Husker Dü to Integrity, AmRep to Touch Go, the Midwest’s creativity and originality looms large over the greater underground world. 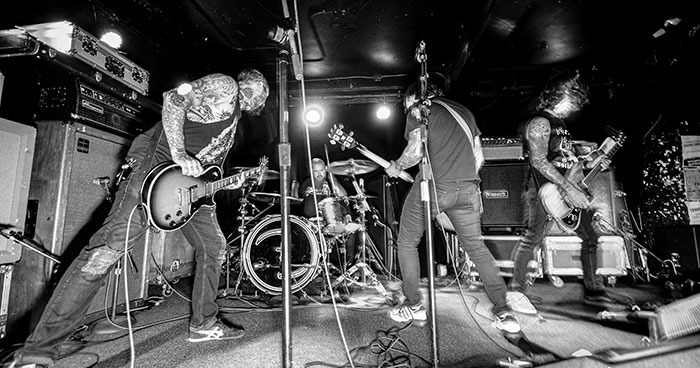 Minneapolis’ Hive carry on that very tradition. Their second full-length, 2019’s Most Vicious Animal, was an energetic assault of punishing hardcore. The four-piece, while rooted firmly in d-beat and crust, ripped through 12 driving, gratingly heavy tracks with hints of metal and post-hardcore sprinkled amongst their riffs. On their follow-up, Spiritual Poverty—the band’s first for Translation Loss Records—Hive pushes out even further while staying true to the foundation they’ve set in their eight-year existence.

Spiritual Poverty is a crust record at heart—at the core of the album is the blistering drumming of Mike Paradise (notably of influential nineties metalcore pioneers Threadbare), who uses the classic d-beat as a jumping off point. And while he offers enough variety via creative and skillful drum fills, the pulsing groove of the rhythm is truly the foundation of Hive’s songs. The rest of the band—guitarist/vocalist Morgan Carpenter, guitarist Dan Jensen and bassist/vocalist Jim Adolphson—build their angry, nihilistic sounding hardcore off that base.

The majority of the nine tracks on Spiritual Poverty are scorchers. The band tears through riff after riff, the guitars cleverly playing off one another. In opener “With Roots In Hell,” Carpenter and Jensen trade off chugga riffs and grating dissonance, coming together for a harmonized refrain section. Elsewhere, in tracks like “So It Is Done” and “Protection”, higher-register guitar-leads give the songs an extra layer of melody, bringing to mind the work of From Ashes Rise.

In their more straightforward moments (see: the closing section of “Parallel Lines,” or the main riffs of “Protection”) Hive’s material is rife for two-stepping and sing-alongs, embracing their more melodic hardcore tendencies. The group also has a penchant for mixing up rhythms, starting and stopping as they shift between sections. In “Order As Law,” they strip down to doomy-minimalist sustained chords, while the album’s centerpiece, “Metamorphosis,” sees the band slowing down entirely, locking into a bruising groove as they steamroll through it’s nearly five-minute runtime.

While the dual vocal attack of Carpenter and Adolphson is hard to differentiate, there are moments of overlap and distinct timbres. The vocalists often play off each other in ways not dissimilar to a group like Backstabbers Inc., their gruff, unhinged screams complementing the ferocious music.

Additional credit must be given to Jensen for his production work. The guitarist engineered and mixed the sessions that birthed Spiritual Poverty and the result is fantastic. Every instrument on the record is clearly audible, but sounds grimey enough, with a strong low end, to match Hive’s dirty take on hardcore.

Bottomline: Hive’s third full-length record is a crusher. On it, the Minneapolis band manage to stay true to their crust roots while avoiding cliches, venturing far enough out to keep things interesting. Spiritual Poverty is a hardcore record that is both approachable and distinct enough to stand out from the crowd.

Colin is a sad f@g

Sweet. More boring ass, mid tempo, uncreative and generic heavy music that couldve come out 25 years ago and you couldn't even tell the difference. Have fun making no money and good luck