The Halo Effect Days of the Lost 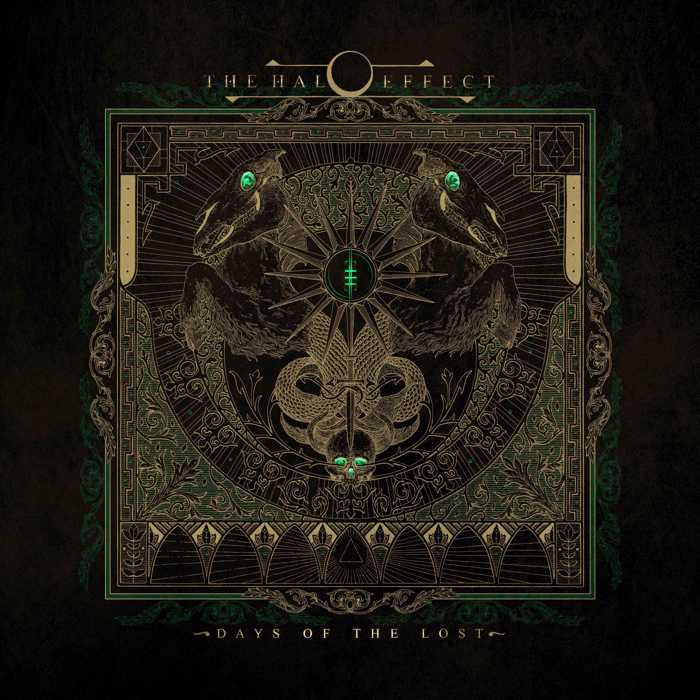 The Halo Effect is new, but the pedigree isn’t. Having all been members of In Flames at one point or another, the new group presents a sound immediately familiar to fans of the soaring, harmonized structures of their former band's signature style. There's a seamless continuity between the two, and it's evident all the way through the debut.

Days of the Lost's opening track, "Shadowminds," starts with a creeping industrial composition that soon envelops the listener in an uplifting power metal anthem. The song sets the tone for what's to come on the album, a powerful and aggressive sound that doesn't venture too far out of the Swedish melodic death metal pocket.

The second song, the album’s title-track, wastes no time in delivering what you're looking for. Lead singer and lyricist Mikael Stanne's vocals scrape across harmonized guitar solos and driving riffs that complement the easily understood death metal style vocals.

As veterans of their craft, the band clearly knows how to pace an album, never becoming too sonically overwhelming or too laid back. By the time we get halfway through, the clean vocals on "In Broken Trust" can feel like a respite from the ferocity that came before it.

"Gateways" gets back to the wall-to-wall gritty vocals that are The Halo Effect's main staple, but the band tones down the energy.  The song finds the band venturing into a ballad-like arrangement, serving as an extension to the album’s midway-breather.  The group charges back with the more powerful "A Truth Worth Lying For," a song that features more clean vocals, acting as a bow across the mid-point of the album.

The back half contains some of The Halo Effect's most powerful songs. The energetic "Feel What I Believe" and "Last Of Our Kind" feel like a fast drive on a straight road, the wind ripping and pedal to the floor. The harmony Niclas Engelin and Jesper Strömblad espouse on guitar is enhanced by the relentless groove of 20-year partners, bassist Peter Iwers and drummer Daniel Svensson.

Bottom Line: The Halo Effect's debut album never strays too far from the path that In Flames has laid on their road to international success. That's not necessarily a bad thing. The sound on Days of the Lost is as clean and technical as you'd expect from veterans of this caliber. The riffs as potent, the vocals as gritty, and the production as polished.  It all comes together into a metal mesh of ear-pleasing distortion that will fit nicely into the pantheon of the Gothenburg, Sweden melodic death metal tradition.

Somehow this review sucks just as bad as the other guys. Maybe it's time to stop doing these.

rating is at least 8, I'm still listening, but 7 this is not. dylan is deaf. you suck lambgoat, stick to reviewing crappy core and sludge