Ether Coven The Relationship Between the Hammer and the Nail 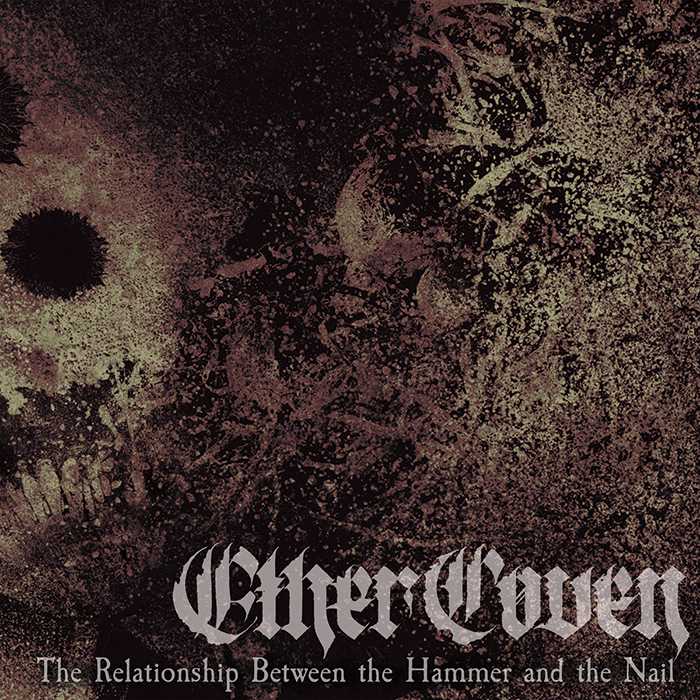 For the past decade or so, Ether Coven—formerly Ether—have sporadically released a handful of recordings showcasing their unique take on post-metal. The South Florida group, led by Remembering Never vocalist Peter Kowalsky, may have found inspiration in New Orleans sludge, but their sound played closer to the gothic doom of a band like Paradise Lost, albeit deeply rooted in metalcore. Their slow plodding rhythms and long sustaining riffs created a bed for Kowalsky to lay his more hardcore inflected scream and forlorn sung vocals. The mood was bleak made even more so with a sorrowful violin accompaniment. 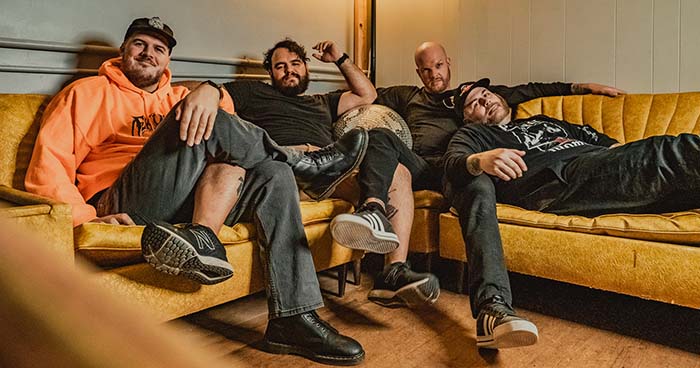 But on The Relationship Between the Hammer and the Nail—Ether Coven’s fourth full-length album—they flip the script. Rounded out by Shane Nerenberg on bass Justin Gianoutsos on drums, and Devin Estep on guitar, the band embrace their more aggressive, chaotic tendencies, trading the mournful gloom of their earlier work for a grating anger rife with blistering beats and dissonant guitar.

It’s clear from the opening moments of the record. “Psalm of Cancer,” a reference to Kowalsky’s own personal battle with the disease, kicks in with a disjointed blast beat bringing to mind the noisy chaos of Converge’s Jane Doe. Accompanied by Anthony Crupi of Pain Ritual (who makes a number of appearances throughout the album) and Dwid Hellion of Integrity notoriety, the band navigates a number of twists, turns, and rhythmic shifts.

Ether Coven has hinted at this faster approach in the past, but Gianoutsos’ drum patterns push well into more ruthless territories than they have navigated previously. On “god Hates Flags,” a pounding double kick drum leads the group—accompanied by Tarek Ahmed of CT noise rockers Intercourse—through bouts of feedback, discordant chords, and pinch harmonic guitar fills, while “Of Might & Failure”—features Shane Post of the criminally overlooked South Florida band Bird Of Ill-Omen—bounces between uptempo blasts of frantic hardcore.

These new elements give The Relationship Between the Hammer and the Nail the feel of a band locking into their sound. And while last year’s EP Language Is The Instrument of the Empire may have hinted at it, Ether Coven now sounds like a band realizing their full potential.

That’s not to say, of course, that the group has abandoned its roots, but The Relationship… offers a wider breadth of sound, landing more along the lines of a hard-to-categorize band like Conjurer. A song like “Afraid & Suffering,” sees Ether Coven delving into more atmospheric, more cerebral territories. The song fuses metalcore and sludge in ways that call to mind Zao’s more recent offerings, fittingly so since the track features Dan Weyandt on guest vocals.

The back half of the album—the lengthy “The Warmth Of Your Bathwater” and album closer “Consequence Of Self (Let the Nails Carve Our Names In Rust)”—land on the doomier end of the spectrum. Bridged by the moody instrumental “Temple Of Wu,” the tracks lean closer to the slower, more melodic stylings of Ether Coven’s sound. Kowalsky utilizes his gothic croon in the wider space the music creates, closing out the record along with ex-Killswitch Engage/current Light The Torch vocalist Howard Jones in one final bout of rage.

Bottom Line: Ether Coven’s fourth full-length sounds like a new beginning for the band. The dread and misery of their previous efforts have been traded for anger and hostility. But by adding new elements to the sound they’ve already developed, the group has reached new heights. The Relationship Between the Hammer and the Nail might turn off some purists, but for people craving interesting and creative heavy music it will surely make its mark.

Finally, these new idiots that run the site did something right and reviewed something worthwhile.

Good review but the site owner is a moron.

The review sucked but the songs are good.

Hey Colin. You suck, ya jackass.

These reviews suck so bad they finally got rid of this mook that writes them and are hiring new people.

I make 85 dollars each hour for working an online job at home. KLA I never thought I could do it but my best friend makes 10000 bucks every month working this job and she recommended me to learn more about it. The potential with this is endless. For more detail … Copy Here????? https://www.salaryto.com/