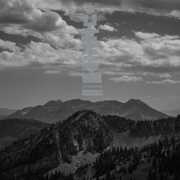 Perhaps for once Iceburn are with a label that makes sense. Not that there was anything wrong with Victory or Revelation Records – Victory was on the cusp of breaking through, while Rev was already the cream of the crop in the hardcore scene when the band was releasing material with them in the nineties – but Iceburn never seemed to fit alongside those rosters. To be fair, Iceburn's experimentalism would be a tough fit for nearly anyone, but Southern Lord has built its name putting out left of center and creatively unique records since its inception. And if there is one adjective for Iceburn's career, it's unique.

The group's 1992 debut album, Firon, showed a band rooted in hardcore and metal, but with a willingness to incorporate weirder and more obscure styles. Elements of jazz, prog and math rock surfaced throughout the album; the band even referenced Baroque composer Vivaldi's "Winter" at one point. As the Salt Lake City group continued on, their path veered more towards experimentation, releasing albums under the name The Iceburn Collective and The Iceburn Double Trio to more closely represent their avant-garde nature. By the time they made Land Of Wind And Ghosts in 2001, all trace of their heavier beginnings had disappeared in favor of free-jazz improvisations.

In the twenty years since the release of that album, Iceburn has been quiet. The band's constant leader, multi-instrumentalist Gentry Densley, has kept himself busy during the their hiatus though, with various projects including his duo Eagle Twin, as well as Ascend, a collaboration with Southern Lord boss and metal musician extraordinaire Greg Anderson (Sunn O))), Goatsnake). And on Iceburn's latest, Asclepius, the band draws from the gloomier, more metallic aesthetic of those bands.

Asclepius represents a new chapter for Iceburn. It's loud and it's heavy, but by no means is it reminiscent of their earliest material. Consisting of two long tracks, each clocking in around the eighteen-minute mark, the record is a more straight-ahead, guitar-based outing in terms of tonality, but totally unconventional in terms of approach. Loaded with plenty of riffs, guitar leads and rhythmic shifts, the two-song full-length is something of a sonic journey.

Throughout, Iceburn push ahead with angular riffs reminiscent of Melvins' classic material, stuttering through bouts of palm-muted guitar and minimalist drumming. Densley even howls in a Buzz Osborne-esque voice when he sings. The songs stray into sludgy, stoner rock territory, breaking off into Sabbath-like leads with complex guitar interplay. While "Healing The Ouroboros" hints at jammy psychedelia, "Dahlia Rides The Firebird" immerses itself fully in it. The song flows along the rhythm sections groove with a wash of spiraling effect-heavy guitars. Flashes of prog-rock and even doom metal appear as the song reaches its quarter speed ending.

Asclepius is best listened to either extremely loud or with headphones on to take in the entire experience. While on the surface it may seem Iceburn has abandoned their genre bending tendencies, a closer examination shows it's just less obvious. The way the guitars swirl around each other, complementing one another, as well as the anchoring percussion – complex when called for, minimalist when not – showcase the band's technical prowess. They may not be taking us to the far boundaries of music with their latest album, but they are still challenging our expectations.

Bottom Line: Fans of Melvins, Earthless and Electric Wizard would be wise to check out Iceburn's latest record. The group spent the entirety of the nineties being one of the most intriguing and groundbreaking bands and their return, Asclepius, doesn't disappoint.

Good album. Better than most the stuff that guy Colon usually reviews and likes

Lol @ being in a hardcore band for 30 years

That dude in the white shirt looks like he's killed before.