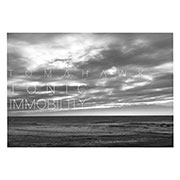 01. SHHH! 02. Valentine Shine 03. Predators and Scavengers 04. Doomsday Fatigue 05. Business Casual 06. Tattoo Zero 07. Fatback 08. Howlie 09. Eureka 10. Sidewinder 11. Recoil 12. Dog Eat Dog
2021 Ipecac Recordings
Our score 9
by Colin
3/26/2021
We are Lambgoat and we approve this message: Tonic Immobility may be the best Tomahawk album yet. After a brief detour into concepts based upon traditional Native American music for the group's third full-length Anonymous in 2007, the talent-packed four piece settled into a more straight-forward sound on their 2013 follow-up Oddfellows. And by straight-forward, I really mean slightly less strange, because if there is one thing the quartet of singer Mike Patton (Faith No More, Mr. Bungle), guitarist Duane Denison (The Jesus Lizard), drummer John Stanier (Helmet, Battles) and bassist extraordinaire Trevor Dunn (Mr. Bungle, Melvins) aren’t, it’s dumbed down or stale. But Oddfellows found the band more refined and more focused on the song than the its concomitant weirdness. And on their newest album, Tonic Immobility, Tomahawk may have finally landed in that perfect spot between unpredictably strange and infectiously memorable. According to Dunn, the music for the album had been done for a few years, but Patton is a busy man. On top of his output of avant-garde collaborations, the past few years have seen the vocalist team up with members of Slayer and The Locust to form the hardcore inspired Dead Cross, regroup with his infamous experimental rock group Mr. Bungle for their first album in twenty years, and even plan an ill-fated reunion tour with his nineties alt-rock group Faith No More. That tour, of course, would be cancelled due to a global pandemic, giving the man a chance to put the finishing touches on Tonic Immobility. If you've listened to a Tomahawk album in the past, you have a general idea of what to expect – songs that vary between screaming hard rockers and smoky lounge chillers. Dunn and Stanier, the consummate professionals they are, lay down the right groove for Denison and Patton to shine. In almost no circumstance does the rhythm section take center stage on Tonic Immobility, leaving the guitarist and vocalist the space for their high-flying acrobatics and histrionics. Denison’s riffs are firmly rooted in the nineties noise rock aesthetic the guitarist helped to create, but there is a freshness to them that complements his weirder, more eclectic tendencies. On “Doomsday Fatigue,” a nearly Oxbow-like bluesy waltz carries the song under Patton’s half spoken-word, half sung delivery. “Tattoo Zero,” with its fiercely jagged chorus, features a serpentine jazzy riff that would make the Dillinger Escape Plan blush, while “Recoil” has an almost tropical island reggae pulse that is matched by an oddly saccharine vocal melody. And that’s how the album plays out; for every curveball the guitarist throws at Patton, the singer answers with an appropriately offbeat reply. We know Mike Patton has a million different deliveries, but it’s a matter of when and how he executes them. On the album's lead single “Business Casual,” his laid back verses bring to mind the near-rap that helped make Faith No More an alternative rock radio staple in the nineties, and the unhinged screamed ramblings in “Howlie” are the reason for his hardcore fans. In the closing moments of “Sidewinder,” Patton gives a speech over Denison’s dreamy chord structure, a moment that makes you realize the power this group possesses. Unlike some of Tomahwak’s material in the past, Tonic Immobility has no filler, no throwaway tracks. Even the segue interlude of “Eureka” sounds perfectly in place. Throughout its thirty-nine minute runtime, the band throws a bit of everything from their repertoire at you, but it's stronger, more in command. And just as the album finishes, Patton comes on to let you know what they think. He says, “We are Tomahawk, and we approve this message.” Bottom Line: On Tonic Immobility, Tomahawk sound less like a bunch of guys trying to be weird, and more like a bunch of weird guys just being. There is a less forced, more natural feeling to the album than anything else in the band's catalogue, giving it an aura of authenticity most “supergroups” wouldn’t even dare to dream of. In an era loaded with bands playing the same old thing, Tomahawk’s latest shines.

lol "best Tomahawk yet". What a shit review. The album is ok but far from their best