Yashira Fail To Be 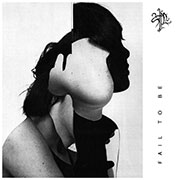 01. The Constant 02. Shards of Heaven 03. The Weight 04. Impasse 05. Shades Erased 06. Amnesia 07. Narrowed in Mirrored Light 08. Inertia Mines 09. Kudzu
2020 Good Fight Music
Our score 8
by Colin
12/23/2020
Listening to Yashira's second full-length album, Fail To Be, transports me back to a time before metalcore was a dirty word - when heavy albums weren't a series of pitch corrected digital punch-ins and songs were composed more around interesting riffs than syncopated open chord breakdowns. It isn't that the Jacksonville four-piece necessarily sound like they're from the early aughts - though the influence is certainly palpable – it's more in the group's overall feel and approach to their fusion of styles. Their 2018 album, Shrine, was an impressive debut, one that found the band combining sludgy post metal with death metal, but on their follow up - their first release since the tragic death of original drummer Seth Howard - Yashira have refined their sound. Perhaps some wisdom from the venerable Zao, with whom the band toured and released a split 7", seeped into their consciousness, but the songs presented on their sophomore effort are a major step forward for the group. Fail To Be is really divided between two distinct sections: a noisy, chaotic front half and a more cerebral, settled back half. And while on the surface that may seem a bit fragmented, Yashira excels at both approaches and the album flows smoothly from start to finish. Kicking off with “The Constant," the opening section of the album is based around angular guitar chords and frenetic drumming, bringing to mind bands like Botch and more recent Zao albums. Ryan O'Neal, the group's new drummer, fills the role perfectly with complex patterns that act more as the song's engine than an anchor. On the opening track and its follow-up, “Shards Of Heaven," the band work their way through mind bending time changes while staying grounded in the dissonance. From there, Yashira take a step back from the attack, trading the blistering rush for a bit more finesse. “The Weight" and “Shades Erased" see the band drop into slower mid-tempo grooves. In this setting they are able to spread out a bit, building the tracks around more straightforward riffs and less piercing discord. The clean guitar opening of “Amnesia" signals the shift into Fail To Be's second half. Drawing more from bands like Isis and Intronaut, the album's final four songs unfold in swaths of sludgy riffs and ambient interludes. While the spacey buildup of “Narrowed In Mirrored Light" sounds like an ode to Neurosis, “Amnesia" and “Inertia Mines" snake through weaving structures and creative drum fills. Yashira may have traded untethered chaos for murky sludge, but the underlying bleakness that defines the band's tone still exists. It is perhaps on closer “Kudzu" that Yashira sound most in command. The only song to feature anything resembling singing, the band throws in everything they have. Ethereal clean sections alternate with pounding guitars and off-kilter drumming. The vocals even depart from their normal deep growl, mixing in yelled and spoken word passages. Synths rise and fall behind the band, giving the song an even more grandiose aesthetic and the album a fantastic ending. Bottom line: Yashira are certainly a band to pay attention to, and if their debut didn't prove that to you, Fail To Be certainly does. The album is creative, unpredictable, and heavy as hell. It might even be a late contender for album of the year.