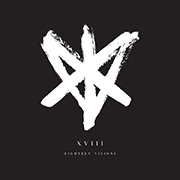 Its tight, still stoked on how they went back to this heavier sound and did this album for the fans

shit record. shit review. I only listen to the first 100 demons record. NONE OF THAT pssy SHIT!

The three c's, I love that.

Converge, Cave In, and?

Way too many words written about a "meh" record. First couple of tracks they released had promise but it's a boring album.

"For This I Sacrifice" is my favorite track! Great song!Great album too! Wish it was a little longer though...

I've honestly enjoyed watching the resurgence of these bands and this sound of the late 90s/early 2000s. All these young kids are riding this thing so hard. The merch they are putting out. The album designs and layouts. It's all so f*cking silly. Here's the silliest part........ none of these new bands are actually saying anything. It's all empty and might as well be f*ckin' nu-metal bullshit. Watching "hardcore" kids play shows in Type O Negative and Korn shirts is pitiful. It's all garbage.

The writer totally hates it but doesn't want to get his ass kicked so he throws his jabs throughout the entire review in a controlled fashion.