All Pigs Must Die Nothing Violates This Nature 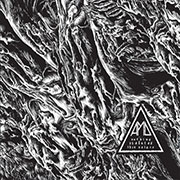 01. Chaos Arise 02. Silencer 03. Primitive Fear 04. Bloodlines 05. Of Suffering 06. Holy Plague 07. Aqim Siege 08. Sacred Nothing 09. Faith Eater 10. Articles Of Human Weakness
2013 Southern Lord Records
Our score 8
by Luke Henderson
8/30/2013
Despite being comprised of members from acclaimed bands like Converge and The Hope Conspiracy, All Pigs Must Die (APMD) has never seemed like a simple side-project. There is an attention to detail, song writing sophistication, and consistency in output that allows this group to stand shoulder to shoulder with most well-established, full-time hardcore bands. Within one year, APMD has able to put out a self-titled EP and a full length album, both of which impressed fans by combining the darker elements of hardcore, metal, and d-beat and allowed the group to establish themselves as one of the more formidable metallic hardcore bands currently playing. Nothing Violates This Nature is both a logical successor, and slight improvement over 2011's God is War. While their previous full length was remorselessly heavy, there still seemed to be room for growth in terms of song writing and the blending of metallic elements with the group's hardcore roots. These issues have been put to rest as the band returns sounding more mature and aggressive than ever before. To clarify, the term ‘mature' is not meant pejoratively, but rather to describe how APMD's song writing has become sharpened and focused while they simultaneously bring new stylistic elements into the fold. The album doesn't waste a single second, launching into the aptly-named "Chaos Arise," which combines unchecked hostility with expertly crafted riffs unleashed at breakneck speeds. "Silencer" continues with the same sonic fury as the opening track, delivered with the signature heft and density that has become synonymous with albums recorded at Kurt Ballou's GodCity Studios. Although it may seem inevitable that drummer Ben Koller would choose to record with his fellow Converge band mate, it was unquestionably the right choice. The production on this album has been expertly designed to provide the listener with the clarity and crispness needed to properly appreciate such a chaotic record. After the barrage of the first two tracks, "Primitive Fear" and "Bloodlines" begin to reveal the more groove-based, Entombed-influenced sound that was present on past releases, but didn't always hit with the same intensity that these tracks deliver. The biggest foray into new territory occurs with the sludgy and brooding "Of Suffering." Dissonant tones are blended with trudging riffs to create a sludge song that fits well within the context of the album, but also adds a unique dynamic to an otherwise blistering aural assault. This reprieve doesn't last long, as tracks like "Holy Plague" and "Sacred Nothing" crank up the tempo once again, despite not being the album's strongest offerings. Both of these thrashy, metallic tracks have impressive elements, but don't hold the listener's attention in the same way that the rest of the album does. Nevertheless, the latter half of this album is not without its stand-out tracks. "Aqim Siege" and "Faith Eater" blend elements of grind, metal, and hardcore, in memorable and imposing ways, which remove any doubt as to whether APMD would end this record as strongly as it had begun. Bottom Line: Nothing Violates This Nature is a strikingly aggressive and well-crafted album. Although it's not flawless, APMD delivers their best album to date.

first post, saw these dudes at husky's in stores, ct. and they kILLED it yo. f*ckIN SINK

I am really enjoying this. Bravo.

I won't listen because their name is too stupid. get it together, guys

Great album. Not as good as their s/t EP.

lol/threw up a little bit in my mouth @ you gays who think APMD is a terrible band name. "Name isn't a complete sentence, band must suck"

Looking forward to hearing this.

Their name IS a complete sentence, though